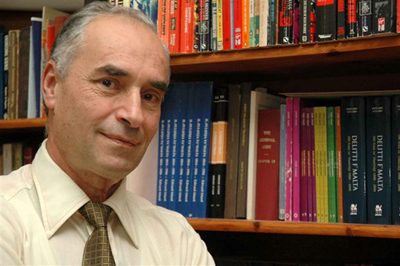 Crime Historian Eddie Attard told Newsbook Hour on 103 – Malta’s Heart that pardons for crimes had always been given on condition that the receiver tells the whole truth. Speaking to Fr Joe Borg and Sylvana Debono in the context of the Prime Minister’s recommendation for a presidential pardon to the middleman in the Daphne Caruana Galizia murder, Attard said that the concept of pardons started with the British occupation of Malta.

The correct terminology said Attard is ‘turning King’s Evidence’. This meant that the person involved had to tell the whole truth so that the crime would, eventually, be solved. In the British period, King’s evidence was incorporated through ‘Letters Patent’, a type of legal instrument in the form of a published written order issued by a monarch generally granting an office, right or status to a person or country. Attard said that the letters patent always made the pardon conditional. “In the British period, the person who turned King’s Evidence would also receive a pecuniary reward,” said Attard. No small matter this, when one realises that King’s evidence would be for major crimes and that at that time the death penalty by hanging was still possible. Attard said that distinction was also made between accomplice and accessory to the crime, the latter meaning that the person involved was more remotely connected to the crime than an accomplice.

In history, said Attard, some cases of King’s Evidence stand out with the earliest being in 1829. In 1901 a female, the only one in history, turned Queen’s Evidence after her grand-daughter had been killed by her daughter’s lover in a horrible case of infanticide. In 1944, the courts, presided by the then president of the court Mr Justice George Borg, had re-asserted the concept of King’s Evidence. In 1948, following grand larceny of the salaries of all the employees at the Malta Drydocks, the case was solved when one person turned King’s Evidence.

Woman sought by Maltese police, on EUROPOL most wanted list

Man sentenced to 20 years imprisonment for abducting and raping woman

Luisa Apap   January 28, 2020
The ex-chief of Staff to Joseph Muscat was checking -in at the Malta International Airport (MIA).

Leader of the House does not present revocation of motion