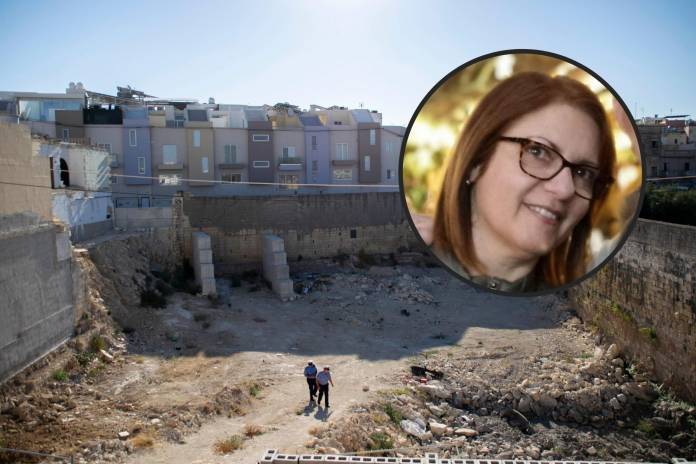 The prosecution has declared that it has no more witnesses to present in the compilation of evidence against the four men deemed responsible for the death of Miriam Pace when her house collapsed due to adjacent construction works continued this morning.

Pace was 54 when she was killed in the rubble of her own Ħamrun home on 2 March.

Four men have been arraigned over the incident: architect Roderick Camilleri, site technical officer Anthony Mangion, contractor Ludwig Dimech and construction worker Nicholas Spiteri. All have been accused of involuntary homicide – with the first three also accused of making a false declaration – and are pleading not guilty.

Though the prosecution presented four witnesses in today’s sitting, proceedings lasted just 15 minutes, since the witnesses simply needed to confirm their involvement in the clearing of the rubble.

All four worked with a crane rental company which was tasked by the Civil Protection Department with helping clear the rubble. One was even exempted from testifying after a colleague confirmed that their roles during the operation were effectively identical.

The compilation of evidence continues on 21 October at 11.30am, when the defence is set to start presenting its case.

09:20 Thank you for following us.
John Paul Cordina
09:19 The prosecution confirms that it has no more witnesses to present, bringing today's sitting to a quick conclusion.

The compilation of evidence is scheduled to continue on 21 October at 11.30am, with the defence now set to present its evidence.
John Paul Cordina
09:18 Borg is asked whether the next person slated to testify, Mark Farrugia, accompanied him and carried out the same work.

Once Borg confirms that this is the case, the Court exempts Farrugia from testifying.
John Paul Cordina
09:15 The third witness is Raymond Borg, who works with the same company.

He confirms driving a van full of tools to the site, and that he similarly followed the CPD's instructions.
John Paul Cordina
09:13 The crane's operator, Clayton Agius, is next to testify, and again, the testimony is brief.

We're at Hall 24 at the Law Courts, and Magistrate Joe Mifsud has just come in.
John Paul Cordina