The compilation of evidence against Yorgen Fenech, accused of complicity in the assassination of journalist Daphne Caruana Galizia, continued today.

1 of 3
11:56 That is it for today. Thank you for following.
Amy Borg
11:56 The next court sitting will take place on Tuesday at 10 am.
Amy Borg
11:54 The defence team requests that Johann Cremona is again summoned to testify.

The Magistrate says that before that, the transcription process needs to be finalized.

Inspector Arnaud says that the process is ongoing.
Amy Borg
11:54 During the next court sitting, Dr Adrian Vella is expected to testify.
Amy Borg
11:53 Logan Wood's testimony ends here.
Amy Borg
11:53 He also mentions how the Fenech family frequently visits La Spezia.
Amy Borg
11:52 A week before they left Fenech was abroad said Logan Wood.
Amy Borg
11:52 Fenech tells Wood "We have nothing to hide"
Amy Borg
11:46 He is asked to give a description of the yacht Gio.
Amy Borg
11:46 He explains that they are not obliged to inform the Valletta Port Control when they leave the harbour.
Amy Borg
11:45 Woods says that journalists left when they saw nothing was happening.
Amy Borg
11:44 Lawyer Marion Camilleri is questioning Logan Woods.
Amy Borg
11:44 Woods will now be cross-examined.
Amy Borg
11:43 Magistrate Montebello objects to the questions by the prosecution.
Amy Borg
11:43 The photographer says they had a tip-off from a nearby apartment.
Amy Borg
11:42 He mentions Matthew Mirabelli, a Times of Malta photographer.
Amy Borg
11:41 Logan Woods explains that another 3 media persons came close to the boat.
Amy Borg
11:40 During the past 9 yrs it was normal that Fenech would stay a few days in Sicily and the captain returns to Malta immediately.
Amy Borg
11:39 He says he does not know what Fenech's plan was but they intended to come back to Malta with the Catamaran.
Amy Borg
11:38 Woods says that they were scheduled to arrive at 7:30 am as the trip takes between 2 hours.
Amy Borg
11:37 He said that he had informed Fenech about "tal-gazzetti" and told him that when they leave he will inform him. In fact when they left he said "The coast is clear".
Amy Borg
11:37 He also says that he had seen in the media that Fenech was being linked to Daphne's murder.
Amy Borg
11:35 The captain says that that night they intended to switch off the AIS as journalists were near the marina. At around 10/11 pm a journalist (tal-gazzetti) spoke to him. Woods said he did not know who he was but told him there was the intention for someone to escape.
Amy Borg
11:33 Woods also said that Fenech told him not to worry as they are trying to make a whole scene out of it and say "we are trying to escape".
Amy Borg
11:32 The captain says they were doing nothing wrong. Fenech can be seen agreeing to what Woods is testifying.
Amy Borg
11:31 One of the marina securities messaged the captain to speak to Fenech that the CID is following him so better they be careful.
Amy Borg
11:30 Around 6 to 8 armed officers went on board including AFM officers.
Amy Borg
11:28 He then recalls how as soon as they left, within 5 to 10 minutes, he saw the police and ordered him to return to port and all those on board are to stay at the front of the boat.
Amy Borg
11:28 He says that both slept on the boat so that they would be ready to leave early morning.
Amy Borg
11:24 Prosecution asks Woods why were the plans changed from December to November 19th. He says that he had plans during December and that Fenech and himself agreed to take the trip on the 19th of November.
Amy Borg
11:20 He also says that for such a trip he is usually accompanied by members of the Tumas Group family and sometimes by other boat captains – friends of his.
Amy Borg
11:19 Woods says he knew the trip was scheduled a month before.

On the eve he prepared the boat but did not need a crew as the boat was small.
Amy Borg
11:18 He says that the trip usually takes place between November and January.
Amy Borg
11:17 Woods says that between the 19th and 20th of November last year they were leaving Portomaso and were heading to Sicily for yacht maintenance in Pozzallo.
Amy Borg
11:13 Wood says he is responsible for Fenech's two yachts and that he has been working with Tumas Group for around 11 years.
Amy Borg
11:12 Logan Wood takes the witness stand.
Amy Borg
11:11 The captain of Yorgen Fenech's yacht will testify today.
Amy Borg
11:06 Magistrate Montebello says that the court has the right to confirm when Theuma is again ready to testify.

After Theuma's testimony had ended, he was to face cross-examination.
Amy Borg
10:59 Yorgen Fenech takes a seat next to his defence team.
Amy Borg
10:58 The deputy AG says it is premature for a psychiatrist exam as Theuma still needs to regain his health.
Amy Borg
10:52 The defence lawyers have made a request to the court to appoint a psychiatrist to examine Melvin Theuma's mental state.
Amy Borg
10:51 Arnaud said that he expects Dr Mercieca to mention everything.
Amy Borg
10:50 Inspector Keith Arnaud said that the defence lawyers are trying to give the impression that the prosecution had the intention of hiding certain recording when this is not true.
Amy Borg
10:48 The deputy AG Dr Philip Galea Farrugia says that the investigations Mercieca has mentioned are underway.

he also says that he is perplexed with the way Lawyer Charles Mercieca is defending Mr Simon Mercieca especially since he is Fenech's lawyer.
Amy Borg
10:46 Yorgen Fenech nods his head as a sign of approval to what his lawyer is saying especially when Mercieca asked if Theuma was investigated on what was heard in the recordings.
Amy Borg
10:45 Mercieca questions how is it possible that Melvin Theuma had at his disposal certain documents prior to his arrest. He questions if Theuma was investigated on this .
Amy Borg
10:40 He mentions how the AG has not filed an investigation when Keith Schembri's phone was lost or on Melvin Theuma's pardon.
Amy Borg
10:39 Mercieca says that the AG has condemned the persons who leaked the recordings rather than focusing on their content.
Amy Borg
10:36 Defence lawyer Charles Mercieca says he is surprised how the AG is requesting an investigation into an alleged contempt of court.
Amy Borg
10:34 On Monday Newsbook.com.mt editorial explained why the Theuma recording was not published by the news portal.

The editorial explained how the sound clips give two clear messages: they put in play the cupidity of former Police Commissioner Lawrence Cutajar and they portray middleman Melvin Theuma as a vacillating and often gullible player. So, the crucial question here is: Who stands to gain?

Newsbook.com.mt chose not to publish in the interest of truth and justice. 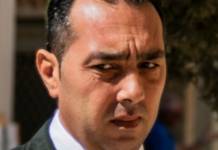 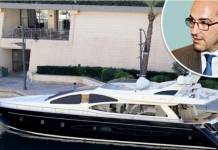