The compilation of evidence against Yorgen Fenech, who is being accused of complicity in the murder of journalist Daphne Caruana Galizia continued today.

Arnaud says that he can continue giving his testimony.

Magistrate Montebello says that if reference will be made to the individuals mentioned last week then Arnaud will have to give his testimony behind closed doors.
Amy Borg
10:51 The defence team said that it is unacceptable that 4 statements of 4 individuals were not presented when Inspector Arnaud knew he had to present them today.

Inspector Arnaud said that he can contact his colleague to bring the statements in a few minutes as he forgot to bring them with him today.

Statements to be presented in the next sitting;

Magistrate Montebello said that the court was expecting that the statements were to be presented today.

The defence team asked for a copy of these statements.
Amy Borg
10:41 Inspector Arnaud informed the court that he is presenting the statements of those who have already given their testimony but did not present the statements of Melvin Theuma and Logan Wood.
Amy Borg
10:36 Arnaud confirmed that even when the police went to Keith Schembri's home in Mellieha, a forensic expert appointed by the Magistrate, seized his items relevant for the investigation.
Amy Borg
10:35 Inspector Arnaud said that the receipts are not available as the items were not detained by the police but by the experts.
Amy Borg
10:30 Defence Lawyer Charles Mercieca said how is it possible that the prosecution does not have in hand these receipts.

Magistrate Montebello said that the receipts are in hands of investigators and a Magisterial Inquiry is underway.

Magistrate Montebello warned Dr Mercieca to stop using this court to make certain statements so that the media could report them.
Amy Borg
10:26 He continued saying that items from Logan Wood, Edwin Brincat and Keith Schembri and Melvin Theuma are being investigated and therefore the receipts are part of the inquiry underway.
Amy Borg
10:23 Police Inspector Keith Arnaud said that the Police did not seize items from all the individuals who were being or still are being investigated and therefore there are no receipts to be presented.

Arnaud mentioned Johann Cremona, Lawrence Cutajar, Dr Adrian Vella and Kenneth Camilleri.
Amy Borg
10:19 Deputy AG Dr Philip Galea Farrugia informed the court that this morning the Office of the AG has signed a number of documents to be presented to court today.

Dr Galea Farrugia said that he is not sure if these documents have arrived as there are a number of box files and 2 large boxes.
Amy Borg
10:16 Magistrate Montebello mentioned how the court has, on Friday, dismissed a request made by the defence of Yorgen Fenech for the geolocation and call profile data of 13 individuals.

It deemed the request as unjustified and disproportionate.

The request was opposed by the Attorney General and two of the persons named.

Highlights from the last court sitting; 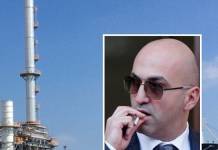