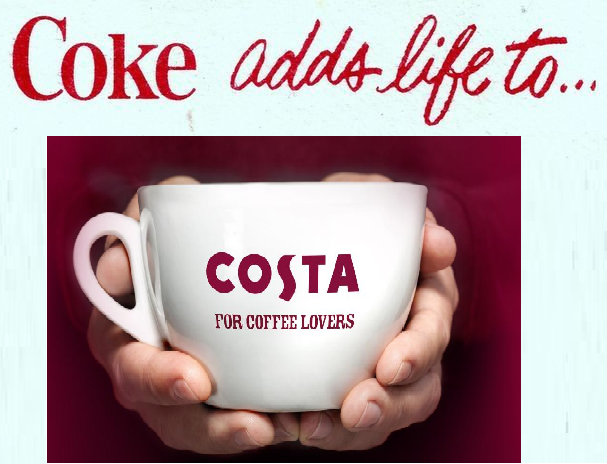 Coca-Cola has made a €4.3 billion bet on Britian’s Costa, the world’s second largest coffee chain. This gives Coca-Cola 4,000 coffee outlets in the UK and across Europe.

Whitbread bought the coffee chain in 1995 for €21.1 million with only 39 branches. He also owns restaurants Beefeater and Brewers Fayre and has owned popular brands such as TGI Fridays, Pizza Hut and Marriott Hotels

According to BBC, Ms Brittain said that Costa was bought because “they want the coffee product, they have no coffee in their range”.

President and Chief Executive of Coca-Cola said that Costa would provide “new capabilities and expertise in coffee, and our system can create opportunities to grow the Costa brand worldwide”

Coca-Cola will now find itself in direct competition with other coffee brands such as Starbucks and hopes that this new investment in hot beverages will benefit its investors and the company as a whole.