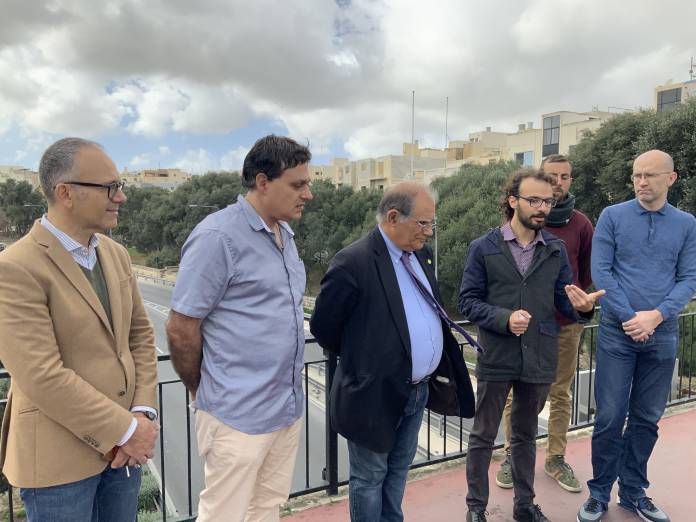 Alternattiva Demokratika spokesperson on energy and climate change, Samuel Muscat called for the government to urgently move from words to action regarding climate change.

On Saturday, during a press conference in Marsa, Samuel Muscat said that despite the Maltese parliament declared a climate emergency last November, government is still in a state of business as usual.

“This is unacceptable, we need to mobilize now, and we need politicians with a vision for a better tomorrow for all. It is very unethical for the government to not act. A lack of action means that current and future generations suffer for the short-term profits of the few” – said Muscat.

During the press conference AD explained how the latest scientific consensus indicates that we need to move towards carbon-neutrality quickly and a Green New Deal for Malta can make Malta carbon neutral by 2030. Samuel Muscat said that this is an ambitious plan but it is possible if there is political will.

He then described the ‘National Energy and Climate Plan’ and ‘The National Air Pollution Control Programme’ as a joke, saying they have very low targets, vague words, and no concrete proposals or binding policies.”

AD also said that the government should lead by example by installing solar panels on all government buildings and make all public buildings carbon-neutral.

Carmel Cacopardo, Chairperson of Alternattiva Demokratika talked about how transport is the leading cause of GHG emissions in Malta and it’s mainly due to the car-centric policy.

Cacopardo stated that AD has repeatedly proposed measures to significantly reduce pollution from cars, proposals which include a rapid bus transit system, roads which are inclusive to all, not just cars, and pedestrianisation of town cores.

“The Government was meant to act in October” – PN

The Nationalist Party (PN) stated that on October 22nd, Maltese Parliament unanimously approved the declaration of a climate emergency in Malta. Despite this, it said that everyone is still waiting for the Labour Government to propose its solutions.

The party added that 4 days after the Parliamentary vote, it send a memorandum which outlined the main points behind a number of proposals for legislatorial changes. The Government was meant to respond by 29th October 2019, but has not yet.