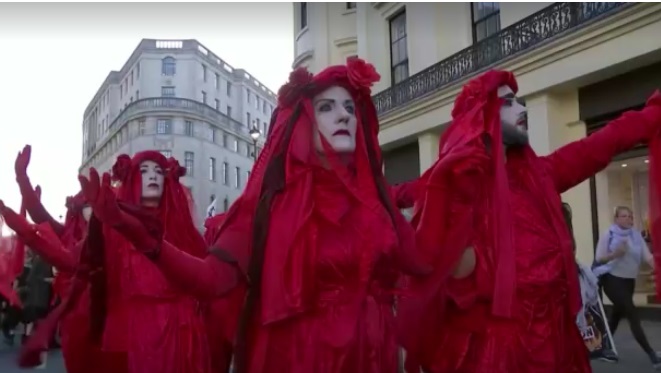 Starting in Trafalgar Square and walking along The Strand, activists carried coffins and waved flags while musicians led them towards the event’s main venue.

The climate activists had previously glued themselves to a door and poured out a “bleeding” red carpet on the opening day of London Fashion, as well as demonstrating outside Victoria Beckham’s fashion show over the weekend.

With growing environmental awareness, some fashion brands are seeking to improve their green credentials but demonstrators want to see more action.

Extinction Rebellion, which has staged several protests in recent months, had called on London Fashion Week organisers to cancel the five-day industry event where designers are unveiling their latest womenswear lines.