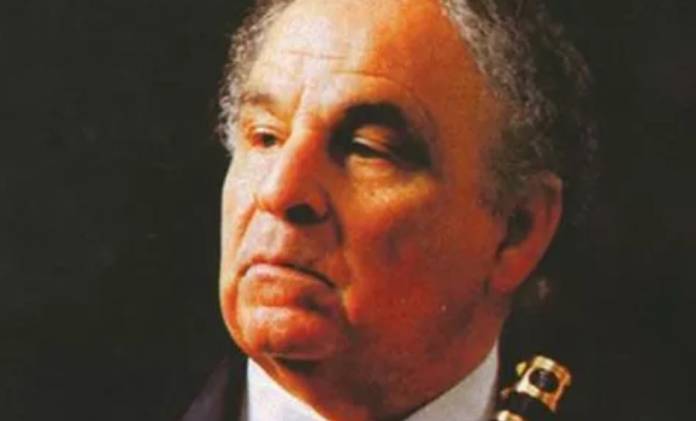 A classical and jazz clarinettist, Freddie Mizzi was synonymous with virtuoso clarinet playing and with swing. He was born in Valletta on the 12th October 1934, and was a professional musician since his teens.

He obtained diplomas from London College of Music in 1967. In October 1971, he was selected as one of the distinguished musicians to form part of the World Symphony Orchestra on tour in the United States of America, where he performed at New York City’s renowned Carnegie Hall.

In 1973, during Malta’s first International Arts Festival, he was soloist with the Salzburg String Quartet. During his long career, he entertained numerous personalities, including the Queen and the Queen Mother of England, President Soires of Portugal and President Cossiga of Italy.

In June 1985 he was awarded ‘The Phoenicia International Cultural Award’ by the President of the Republic of Malta for his services to music.

Mizzi founded the first clarinet choir and saxophone choir on the Maltese Islands and was considered by many as being responsible for the revival of big band music on the local scene.  Many know him as the founder of The Freddie Mizzi Big Band, which was formed in 1958.

In his later years Mizzi focused more on composing and teaching.

His demise at age 85 was announced by his son-in-law, artist and University professor Vince Briffa in a Facebook post.