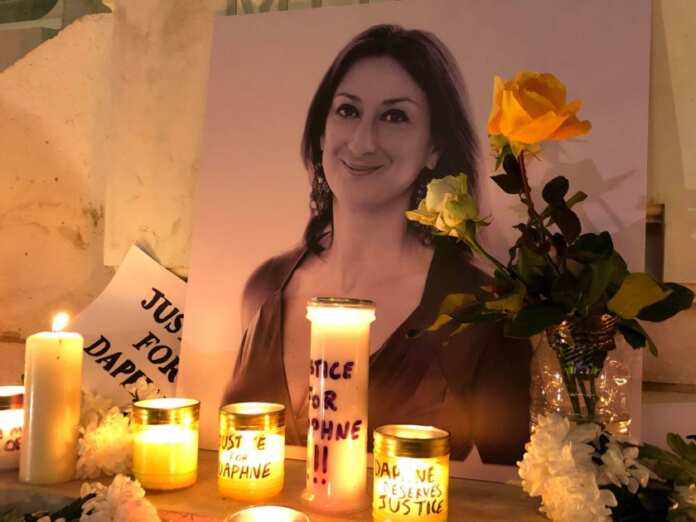 Civil society is still very much a new concept in Malta, Tina Urso, one of the founding members of Il-Kenniesa says.

Speaking to Newsbook.com.mt, she explained that civil society organisations holding political figures to account, uncovering corruption and protecting those finding it, didn’t come to prominence until after the murder of journalist Daphne Caruana Galizia.

Il-Kenniesa originally started a few months prior to Daphne’s death, focusing on changing ‘culture and behaviour towards corruption and impunity and also to serve as a platform to call out any inpunity against journalists… ultimately Daphne was completely alone on this.’

‘We were calling for the resignations of Konrad Mizzi and Keith Schembri. After two years, they still retained their positions in government, even after they opened secret accounts in Panama.’, she explained.

Where was civil society?

Urso explains that this layer of accountability was ‘much needed’ in Malta, even before Caruana Galizia was killed. Had it existed, the culture of corruption and impunity in the country would not have reached the levels it has, nor would the understanding of what civil society is, still remained questioned.

‘Its a really unfortunate situation that this is what it is but looking at it from a glass half full situation, you can say that, at least there is a civil society now and its growing constantly.’, she said.

Urso explains that in the wake of Daphne’s death and the immediate rise in civil society organisations challenging the government over its record of corruption, those passionate about this were portrayed as a bunch of ‘Daphne followers’ or ‘Daphne fans’.

The media even played its part in perpetuating this image and Usro criticises this as a misrepresentation of what they aimed to do. ‘Its absolutely ridiculous.’, she said.

This makes it clear that Malta didn’t nurture a culture or understanding of civil society, nor that being passionate about fighting corruption is something everyone should be doing. It doesn’t mean you need to be in politics.

‘The amount of times i get told, “oh you should go into politics, you should start running. Find a party because you’re so passionate about corruption”. Whereas in reality, its a bit of absurd because everyone should be passionate about fighting corruption. Its a situation where all the country loses except the criminals running those corrupt practices.’, she explains.

What is needed is a way to educate people the importance of civil society through the media’s perceptions but also to highlight the clear distinctions between what it is and what is not.

‘i think that people need to have an education that there is a distinction between civil society and government workers.’

When asked about the recommendations put forward by the Venice Commission on the separation of powers, Urso explains that this has always been an issue and its only been highlighted more and more by the high levels of corruption and protection of criminals in government.

She explains that the work of Daphne Caruana Galizia emphasised that there was no protection for those calling out corruption nor were institutions given the agency to properly investigate and the cases she raised.

Urso also points to the recent memorials which were held for Daphne Caruana Galizia in Valletta also emphasised the structural problems with the separation of powers.

She explains that the fact the Ministry of Justice’s decision to remove flowers and candles from the site and the police remaining silent and inactive over people’s right to protest, demonstrated that the police could not act independently.

‘When there is no rule of law in a country, nothing in a country is able to function the way it should.’