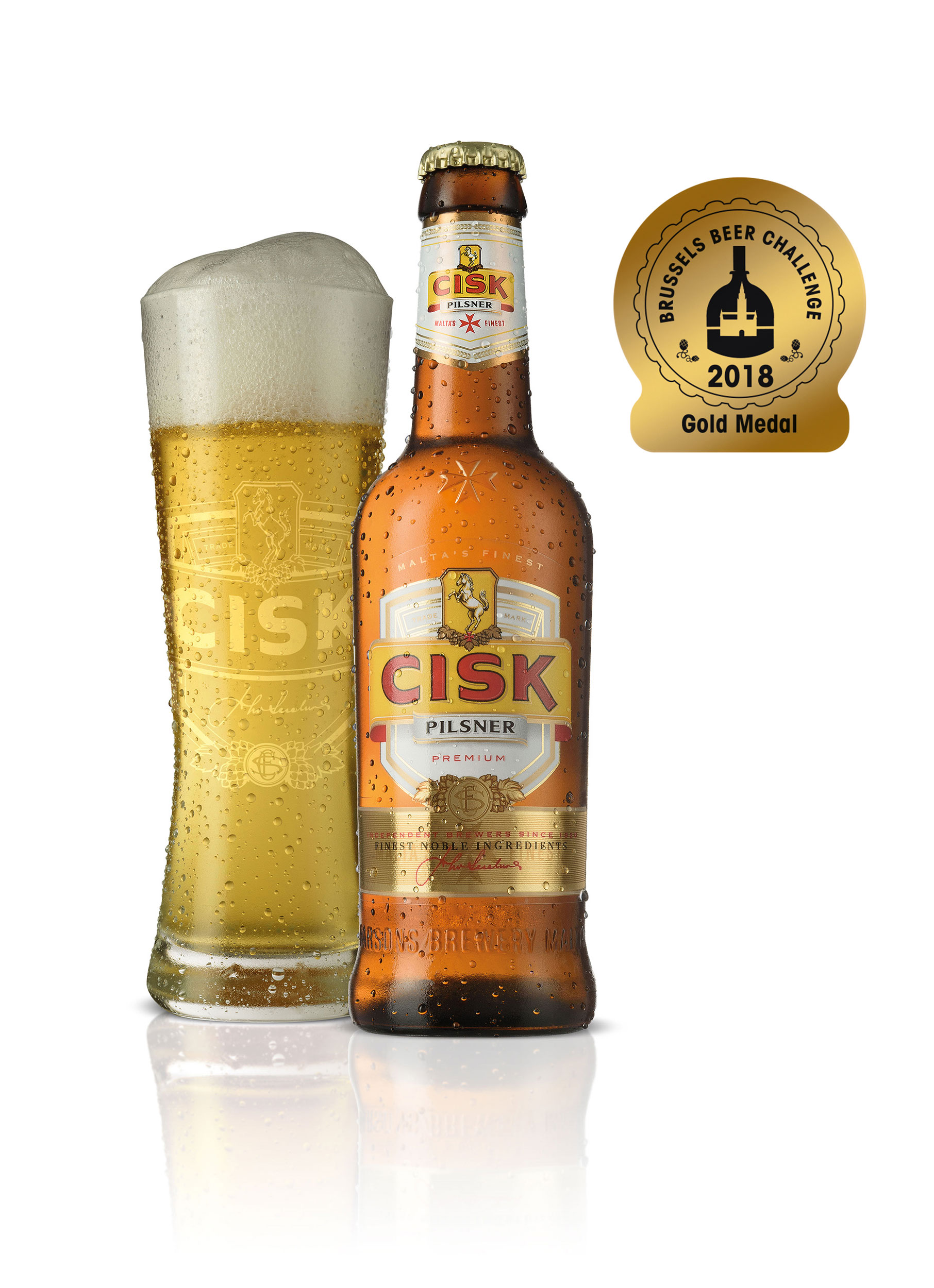 This year’s edition of the Brussels Beer Challenge has awarded Cisk Pilsner, brewed by Simonds Farsons Cisk plc, a gold medal in the Bohemian-Style Pilsner category.

The competition was held in Mechelen, Belgium from the 2nd to the 4th November.

The Brussels Beer Challenge, the first professional beer competition in Belgium, was created by Becomev in 2012 in response to the growing interest in beer culture.

This year’s edition of the Brussels Beer Challenge was held in the historic brewery ‘Lamot’ in the historical centre of Mechelen. Over three days, 90 international judges renowned for their beer tasting expertise tasted over 1,600 beers from across the globe. Grouped by origin, style and typicity before being assessed by a panel of judges, the finest beers were awarded gold, silver and bronze medals for each category.

“In winning gold and fighting off competition from breweries in the Czech Republic and the US, awarded silver and bronze respectively, Cisk Pilsner, from a small brewery in the Mediterranean, proves that it is on a par with global beers. We are very proud of this result, our brewing tradition and our heritage,” commented Head Brewer and Chief Operations Officer Mr Eugenio Caruana.

Cisk Pilsner is a premium Pilsner combining a tradition of brewing excellence and passion with the finest quality Pilsen malt and Noble hops of the Saaz variety. Cool, crisp and immensely satisfying, with an alcohol content of 5.5%, Cisk Pilsner offers the discerning beer connoisseur a remarkably crisp and well-hopped flavour with a rich white head, a delicate bitterness and a superior aroma originating from the rich essential oils present in the Noble hops.

Cisk Pilsner is the premium beer in the Cisk portfolio, spearheaded by the award-winning Cisk Lager. The portfolio also includes Cisk Excel, Cisk Export, Cisk Strong and the Cisk Chill range of flavoured beers. Cisk Pilsner is available in 330ml glass bottles and on draught in selected outlets.