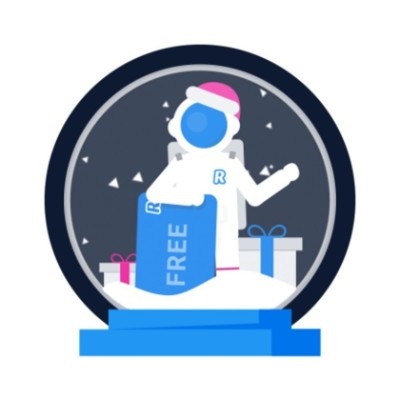 The Christmas holiday season is easily one of the busiest times of the year, with millions of people looking to travel abroad for some much needed winter sun, or to reunite with family, friends and loved ones. Whatever the reason, be sure to say no to crippling fees and use a radically better app that gives you full control over your finances. Enter Revolut, one of the fastest growing fintech companies in the world, that launched in Malta during Delta Summit pledging to tear down borders and eliminate hidden banking fees.

To sweeten the deal, Revolut is running a free card campaign until Christmas Day, so that you, your friends and family can all order your first Revolut card free of charge. Revolut’s innovative technology was not left unnoticed by Maltese forward thinking tech leaders, winning the “Innovator of the Year” award at the prestigious Malta Blockchain Summit Award ceremony last month.

Europe’s hottest fintech has already signed up over 50,000 Maltese customers, which represents more than 15% of the population, and is confident that it can reach 60,000 Maltese customers by the end of the year. Since launching in July 2015, the innovative fintech has attracted more than 3,200,000 users across Europe and processed over $32B in transactions. Revolut’s hyper-growth is reflected into the fact that it reached a point where they were signing up a new customer every 5 seconds.

Revolut allows customers to set up an app-based current account in 60 seconds, spend abroad in over 150 currencies with no fees, hold and exchange 24 currencies in-app and send free domestic and international money transfers with the real exchange rate.

The high growth fintech is confident that it can become a financial hub for managing your entire financial life, recently announcing plans to launch a commission-free trading platform that will allow customers to invest their spare change into company stocks and bonds.

Revolut was launched by Nik Storonsky and Vlad Yatsenko in July 2015 with a punchy mission: to turn the financial sector on its head. With Revolut, users can set up an app-based current account in minutes, spend abroad in over 150 currencies with the interbank exchange rate, hold and exchange 24 currencies in-app and send free domestic and international money transfers with the real exchange rate.

Since July 2015, London-based Revolut has signed up over 3.2 million customers across Europe and processed 245 million transactions with a total volume transaction of over $32 billion to date. Revolut has raised a total of $336m from some of the most notable investors including DST Global, Index Ventures, Balderton Capital and Ribbit Capital.

74% of businesses find it hard to get bank funding – GRTU