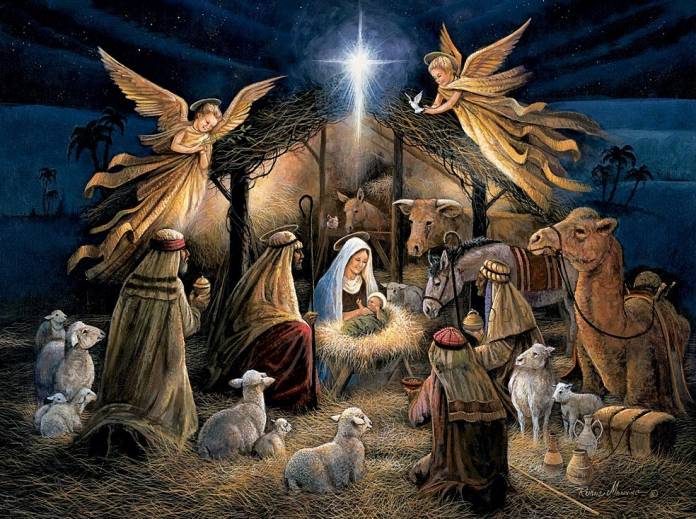 It is the season to be jolly, the carol goes.

Should Christians be jolly this time round?

Before concluding let us take a hard look at some of these facts and statistics.

Persecution of Christians and others

In 2016, the Christian population in Bethlehem and the surrounding villages dipped to just 12 percent from the high statistic of 86% in the 1950s. The population of Christian in the West Bank is less than half it was in the 1970s. And there are less than 11,000 Christians in Bethlehem.

The Pew Research Centre found that in 2014 Christians were persecuted in 108 countries. That number rose to 143 countries by 2017!

Our religion is the most persecuted religion in the world today.

Is that a reason to be jolly?

In the Maltese language we have a saying about a kind of jolliness which is false as it is not based on truth. We refer to the jolliness or smiling face of “l-anglu tal-festa.” I guess there is no need to explain why.

This is not the kind of jolliness or happiness which Christmas should provide particularly in the midst of a personal or a political nationwide crisis (including the one our country is passing through) or, worse still, persecution. Christmas does not distract us from reality. It is not the season of alienation.

Christ’s radical intervention in the history of humanity shows us that Christmas is the season which pushes us into the midst of reality, warts and all. It makes us take a hard look at the way things really are.

Christmas does more than just that.

The greatness of Christmas lies in the fact that it then helps us see a deeper meaning in the nasty things we find around us. Besides it gives us the way forward so that from darkness we create light; from sin – personal or structural – we find salvation.

Several French bishops released Christmas messages which underscore social issues and problems thus helping us to find out how to turn the Christmas message and spirit into a strategy for change. The salvation promised by the new born Babe is the most radical type of change that humanity can experience. But this salvation is only possible if incarnated into the day-to-day reality, events and circumstances.

Bishop Thierry Scherrer of Laval invites us to:
“Think of all those for whom Christmas is synonymous with sufferings, solitude and hardship. Think of the undocumented, unemployed, homeless and the friendless. Think of the mistreated, unloved, poorly housed and all those whom our society excludes.”
Bishop Jacques Habert of Séez in his message referred in particular to the strikes and the social unrest in France. Did he condemn this social unrest? Definitively not.

“Behind the social crises is the desire for justice, fraternity and solidarity. These values will never be overused. They are in line with the spirit of Christmas joy,” Habert insisted.

Bishop Jean-Luc Brunin of Le Havre explained in his Christmas message why Christians should never lose hope and why we should continue to strive for a more just world based on truth and in the full respect of the dignity of all.

“Christians, he said, believe in a God who is crazy to continue to come and take his place in our humanity. But it is the madness of love and hope! In Jesus, God has given us a brother who invites us to live in fraternity with all, around us and far away.”

Same applies over here. Our Bishops spoke of the continuing search for truth and justice as the only way forward towards the solution of the deep political, social, legal and constitutional crisis we are living through.

The message of Christmas gives us added strength to keep on working for this solution whatever it takes.

This is the radical spirit of Christmas. There is no other.

(Acknowledgement: Statistics are mainly taken from the website of Aid to the Church in Need. The quotes from the French bishops are taken from the international edition of La Croix.)

We need to remember persecuted persons every day – Auxiliary Bishop