Christine will be bided farewell on Thursday 23rd January at St George’s Basilica and Rabat, Gozo. The La Salle Band will be marching to the funeral from 3pm, while the mass is set to start at 4pm.

Gauci died in a swimming incident while she was scuba diving in Mġarr ix-Xini with another person. Hundreds of people and organisations who knew her and worked with her left condolence messages for her on Facebook. Gauci was quite an active member of her community. 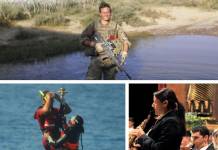 A spokesperson for the Malta Police Force had told Newsbook.com.mt that the diver was scuba diving with another person at Mġarr ix-Xini. For some reason, Gauci found herself in difficulty that cost her life. She was taken to land by the Armed Forces of Malta and a medical team was present to assist. However, the woman was declared dead on the scene. 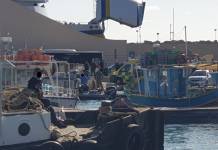 Christine Gauci’s tragic death left a sadness among the Gozitans, particularly the St George’s community in Rabat. The Parish priest, Fr Joseph Curmi said that even though she was a soldier, she never was one to cause a war, but one of those who sought to save people at sea.