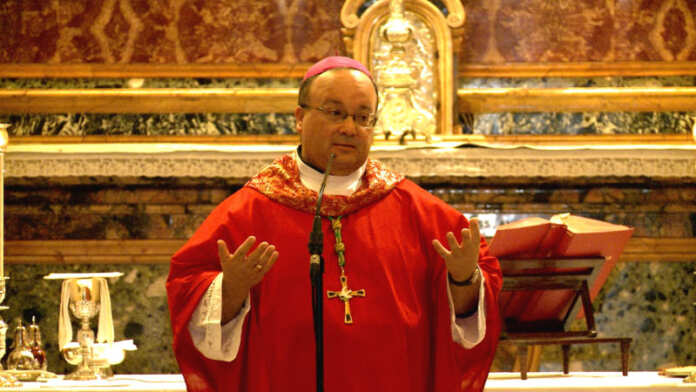 Archbishop Scicluna stressed that a  fundamental choice facing the Maltese today is one between the supremacy of money, always and everywhere, on one side and the nourishing of a social conscience on the other. He was, this morning, celebrating the Pontifical Mass for the Nativity of Our Lady at St. John’s co-Cathedral in Valletta. The theme of the Archbishop’s homily was a continuation of that presented in the pastoral letter signed by the bishops of Malta and Gozo.

The Archbishop said that on Victory Day, we must not only commemorate the Great Siege but we should also commemorated other great ‘sieges’ such as the plague, and World War II as well as the faith of the Maltese people and their trust in Our Lady.

On the occasion of a  national feast day commemorating such sieges, the Archbishop based the leitmotiv of his homily of a modern version of the meaning of ‘siege’ by adding  a spiritual dimension.  Contemporary sieges, said the Archbishop, are dehumanising the human spirit by their stress on greed and the yearning for unbridled profit. He added that these ‘internal sieges’ gnaw our basic humanity. The danger is, said Mgr. Scicluna, that we might end up in a state where no one will show any more compassion to others. He expressed the hope that the Maltese strive  for greater prosperity without forgetting the caring core of their heart.

The Archbishop repeated the concluding message of the pastoral letter that Maria Bambina, who always interceded for the people of Malta in difficult and challenging situations, will intercede for us once again to reinforce our country’s social conscience.

Watch: ‘Jesus wants us to take care of our health’ – Archbishop Scicluna

Amy Borg   March 31, 2020
On Sunday Maltese authorities were involved in an operation whereby Christopher Guest More Jr was moved from the Corradino Correctional Facility (CCF) to be extradited to the United Kingdom.