The city of Wuhan, where the new coronavirus outbreak originated in China, conducted 222,675 nucleic acid tests on May 16, the local health authority said on Sunday, nearly doubling from a day earlier.

Wuhan kicked off a campaign on May 14 to look for asymptomatic carriers – people who are infected but show no outward sign of illness – after confirming last weekend its first cluster of COVID-19 infections since its release from a virtual lockdown on April 8.

The number of tests carried out on May 16 in the city of 11 million residents was more than the 186,400 tests conducted on May 14-15, and was also the highest since the Wuhan Municipal Health Commission started publishing the data on Feb. 21.

Wuhan is conducting the testing on a voluntary basis.

Residents who were previously tested do not need to participate in the campaign. Those who test positive now will be notified as soon as possible.

No confirmed cases with symptoms were identified May 14-16, though 28 new asymptomatic carriers were found, according to daily reports published by the Wuhan health authority. 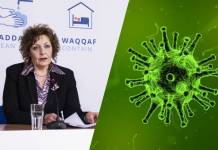 Watch: “We need to be less reliant on the private vehicle” – Sebastian Ripard,...

Coryse Borg   August 4, 2020
Two of the most important points that came out of Newsbook.com.mt's recent Business Breakfast on traffic and mobility were that we are recognising what the problem is and also the impact congestion is having on our health.

Watch: Daily Mass and the rosary