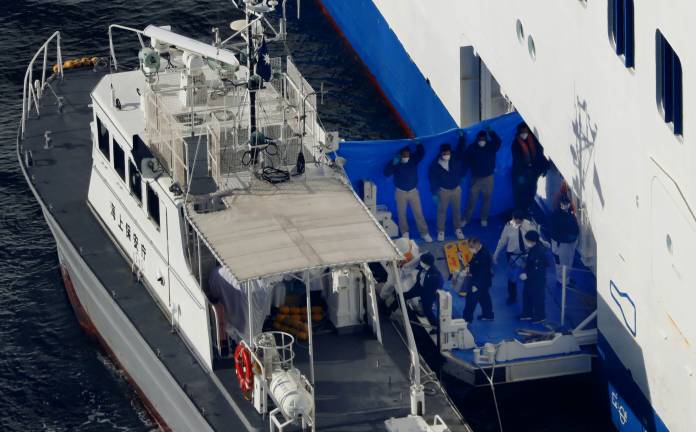 Thousands of passengers and crew on two cruise ships in Asian waters were placed in quarantine for China’s coronavirus on Wednesday as airlines, car manufacturers and other global companies counted the cost of the fast-spreading outbreak.

China said another 65 people had died as of Tuesday, the highest daily total yet, taking the overall toll on the mainland to 490, most in and around the locked-down central city of Wuhan, where the virus emerged late last year.

There have been two deaths outside mainland China, both following visits to Wuhan. A man in the Philippines died last week, and a 39-year-old man with an underlying illness died in Chinese-ruled Hong Kong on Tuesday.

The virus had disrupted air travel, with more than two dozen airlines suspending or restricting flights to China and several countries, including the United States, banning the entry of anyone who has been in China over the previous two weeks.

Taiwan banned the entry of mainland residents from Thursday.

The disruption spread to cruise ships this week, with about 3,700 people facing at least two weeks locked away on a liner anchored off Japan after health officials confirmed that 10 people aboard had tested positive for the virus.

Passengers on the Diamond Princess posted pictures online of officials in masks and gowns conducting health checks and an empty deck.

In Hong Kong, 3,600 passengers and crew were confined to their ship docked in the city for tests after three people on board had tested positive earlier.

American Airlines Group and United Airlines said they would suspend flights to and from Hong Kong after this week, a step that would leave no U.S. carriers flying passengers to the Asian financial hub.