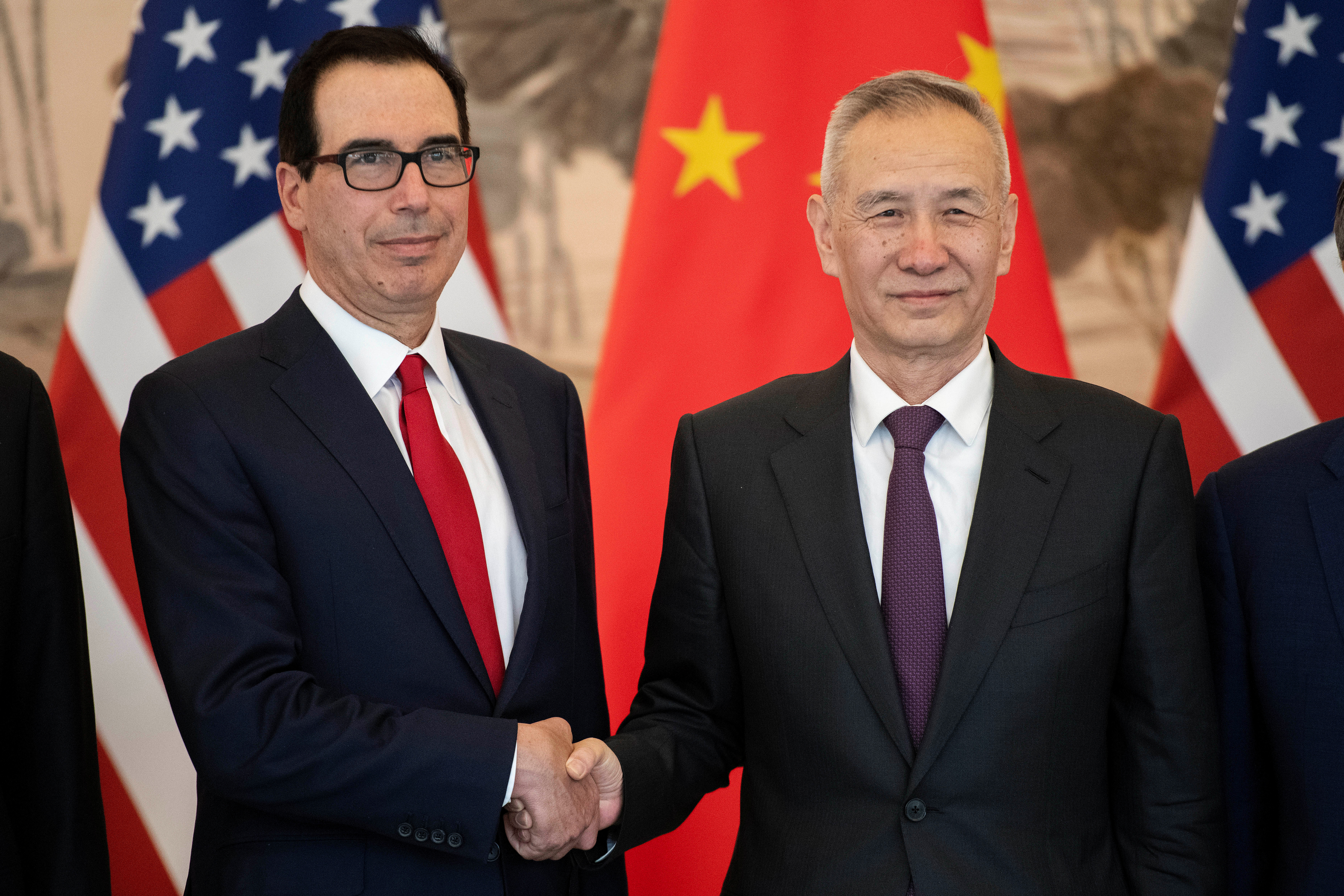 China and the United States began their latest talks in Beijing on Wednesday aimed at ending a bitter trade war, after U.S. Treasury Secretary Steven Mnuchin said he had a “nice” working dinner the night before with China Vice Premier Liu He.

Mnuchin, along with U.S. Trade Representative Robert Lighthizer, are holding a full day of discussions, before Liu goes to Washington next week for another round of talks in what could be the end game for negotiations.

Liu greeted Mnuchin and Lighthizer as they arrived at a state guest house in Beijing and the three men exchanged pleasantries, but did not make comments directly to reporters.

“Nice to see you, it’s good to be back here,” Mnuchin told Liu. They then all went straight into the meeting room.

Liu had entertained his U.S. guests on Tuesday night just after they arrived.

“We did. We had a nice working dinner, thank you,” Mnuchin told reporters at his Beijing hotel, when asked if he had met with Liu on Tuesday. He did not elaborate.

Beijing and Washington have cited progress on issues including intellectual property and forced technology transfer to help end a conflict marked by tit-for-tat tariffs that have cost both sides billions of dollars, disrupted supply chains and roiled financial markets.

But U.S. officials say privately that an enforcement mechanism for a deal and timelines for lifting tariffs are sticking points.

Chinese officials have also acknowledged that they view the enforcement mechanism as crucial, but say that it must work two ways and cannot put restraints only on China.

In Washington, people familiar with the talks say that the question of whether and when U.S. tariffs on $250 billion worth of Chinese goods will be removed will probably be among the last issues to be resolved. U.S. President Donald Trump has said that he may keep some tariffs on Chinese goods for a “substantial period”.

The United States has also been pressing China to further open up its market to U.S. firms. China has repeatedly pledged to continue reforms and make it easier for foreign companies to operate in the country.