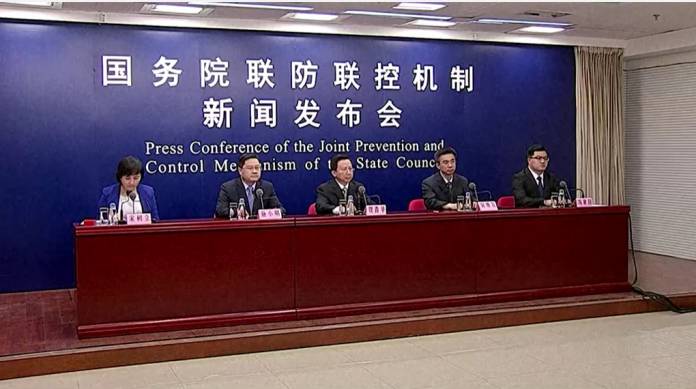 China will further enhance measures to guard against domestic resurgence and imported COVID-19 cases so as to avoid a new possible outbreak of the epidemic, said a spokeswoman on Wednesday.

Song Shuli, the spokeswoman for the National Health Commission (NHC), announced the latest data on the COVID-19 epidemic control and prevention in China at a press conference in Beijing.

“From 00:00 to 24:00 on May 12, all the provincial-level regions and the Xinjiang Production and Construction Corps reported seven new confirmed case, among which six were domestically transmitted cases in Jilin Province and one imported case in Shanghai Municipality. No new deaths and one suspected case in Jilin Province were reported on the day. On that day, another 18 patients were cured and discharged from hospital, 455 close contacts were released from medical observation,” said Song.

There were 64 existing imported cases, including three severe ones. The total number of confirmed imported cases is 1,692, and 1,628 have been cured and discharged from hospital. No deaths were reported, she added.

“As of 24:00 on May 12, the existing confirmed cases of all the provincial-level regions and the Xinjiang Production and Construction Corps are 104, among which 10 are severe cases. As of Tuesday, the overall cured cases on the mainland had reached 78,189, and 4,633 people had died of the disease. The cumulative confirmed cases are 82,926, and the existing suspected cases are four. A total of 737,901 close contacts have been traced and at present, 5,317 close contacts are still under medical observation,” said Song.

By the end of Tuesday, a total of 1,532 confirmed cases had been reported in Hong Kong, Macao and Taiwan, with the numbers being 1,047, 45 and 440 respectively.

“A total of six new domestically transmitted cases were reported on May 12, all of which were related to the cluster outbreaks of the coronavirus earlier. At present, the epidemic situation in China is generally stable, but the risk of cluster outbreaks caused by sporadic cases should not be ignored. We should never loosen the epidemic prevention and control awareness but implement regular prevention and control measures to guard against domestic resurgence and imported cases so as to avoid having a new possible outbreak point for the epidemic,” said Song.