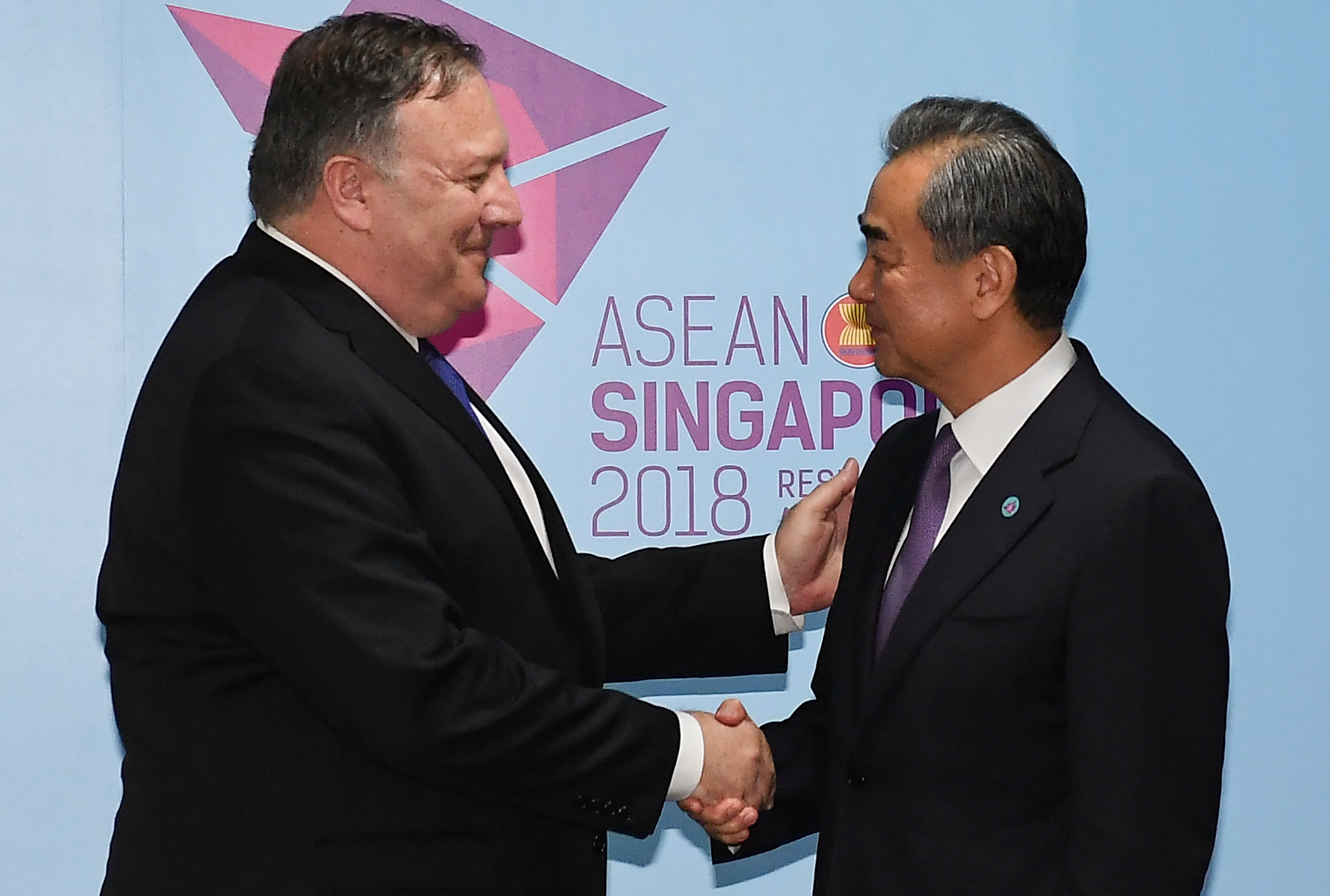 China is willing to resolve differences with the United States on an equal footing, the Chinese government’s top diplomat said on Friday after meeting U.S. Secretary of State Mike Pompeo, but added they did not address their trade war too specifically.

U.S. President Donald Trump on Wednesday instructed his trade officials to look at increasing tariffs to 25 percent from 10 percent on $200 billion in Chinese imports into the United States.

Trump, who has accused China and others of exploiting the United States in global trade, has demanded that Beijing make a host of concessions to avoid the new duties, which could be imposed in the weeks after a comment period closes on Sept. 5.

China, however, shows no sign of bending to Washington’s pressure.

Speaking to reporters after meeting Pompeo on the sidelines of a regional summit in Singapore, Chinese State Councillor Wang Yi said Pompeo told him he was “was willing to maintain constructive contact”.

“As two members of the U.N. Security Council and the world’s largest two economies, we should of course maintain talks at all times,” Wang said.

“Cooperation is the only correct choice for the United States and China. It’s the universal expectation of the international community. Opposition can only bring dual loss and will hurt the peaceful and stable development of the world,” he added.

“We are willing to resolve the concerns of both sides via talks on the basis of an equal footing and mutual respect. He (Pompeo) was accommodating on this as a direction, and said that he does not want current frictions to continue,” Wang said.

Answering a question about what was specifically said on trade, Wang said: “We did not speak in such details. But actually, as journalists have noted, how can talks take place under this pressure?”

Wang, who is also China’s foreign minister, urged the United States on Thursday to calm down and “carefully listen to the voices of U.S. consumers”.

So far, the United States has imposed duties on $34 billion (£26.1 billion) of imports from China as part of a first tranche of sanctions on $50 billion of goods.

It wants China to stop stealing U.S. corporate secrets, abandon plans to boost its high-tech industries at America’s expense and stop subsidising Chinese companies with cheap loans that enable them to compete unfairly.

China says the United States is trying to stop the rise of a competitor and it has imposed its own tariffs on U.S. goods. The rising tensions have weighed on stock and currency markets, with the Chinese yuan falling against the dollar.

The two countries have not had formal talks on their trade dispute since early June.