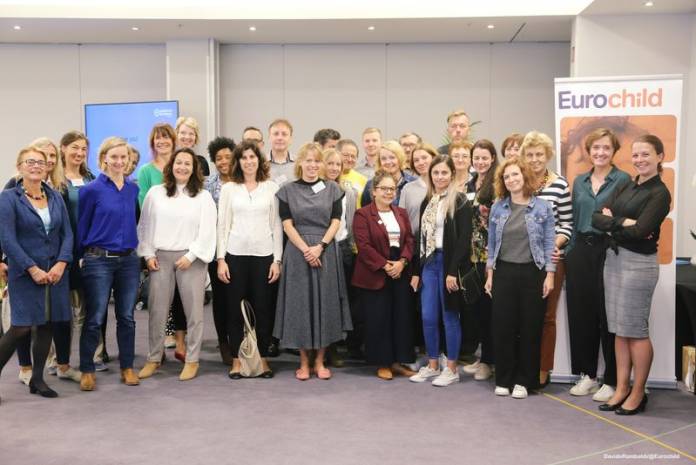 Eurochild had been campaigning for a Commissioner for Children: “We didn’t get exactly what we asked for, but we are encouraged that children are mentioned in several mission letters. Two portfolios stand out as being particularly relevant for our priorities to end child poverty in Europe and to increase political recognition of children’s rights.”

Vice-President Dubravka Šuica (Commissioner-designate for Democracy and Demography) will be responsible for coordinating the work on the European Child Guarantee as a tool to fight poverty and ensure children have access to basic services. She shall also prepare a comprehensive strategy on the rights of the child that should include actions to protect vulnerable children, protect their rights online, foster child-friendly justice and prevent and fight violence

Nicolas Schmit (Commissioner-designate for Jobs) shall lead the Directorate Generate of Employment, Social Affairs and Inclusion, with whom Eurochild have a strategic partnership. As a consequence, he will be responsible for leading the work on developing a Child Guarantee.

According to a statement, Eurochild is “excellently positioned to contribute to this work given Eurochild’s strategic role in the feasibility study of the Child Guarantee, our influence of the new Multiannual Financial Framework and our annual analysis of the European Semester from the perspective of children’s rights.”

2019 marks the 30th Anniversary of the United Nations Convention on the Rights of the Child. It is an opportunity to take stock of progress to date, and address future challenges. Eurochild looks forward to celebrations in the European Parliament on the 20th November 2019, when children involved in Eurochild Children’s Council members will have the opportunity to directly interact with MEPs.

No time for complacency

The chosen direction of travel of the next Commission looks promising, says Eurochild. But it should lose no time in the delivery on its commitments. The European Union cannot afford to allow one in four children to grow up in poverty and social exclusion. It undermines the resilience of our economies and democracies. A Child Guarantee must ensure EU resources catalyse systems reform and national investment so no child is left behind.

“And on this anniversary year of the UN Convention on the Rights of the Child, the EU must be vocal in protecting and promoting children’s rights, particularly in the face of a popular backlash sweeping parts of the Continent.  Recognition of children as rights holders is at the very heart of building open, tolerant and prosperous societies. It is under threat where liberal democracies are also under threat. Eurochild members are united by their commitment to the UNCRC.”

In 21 European countries we have national coalitions of children’s organisations in membership, so called ‘national partner networks’. But the capacity of civil society to hold governments to account on their promises varies enormously country-by-country. Several are fully occupied fighting popular movements which aim to “protect traditional family values”. These movements use fake news and disinformation to stoke people’s fears, succeeding to block progress in key national reforms needed to protect children’s rights, says Eurochild.

“As advocates for children, this is a call to action. We need to learn from these challenges and tell compelling stories of how respect for children’s rights improves the lives of children, and their families. The EU also needs to get better at demonstrating how EU policies have impacted positively on the lives of children. We cannot take progress for granted. Eurochild looks to the new European Commission to be our ally in putting children’s rights at the very heart of the European project.”

The Malta Foundation for the Wellbeing of Society is a member of the Eurochild National Partner Network, and has endorsed this statement.