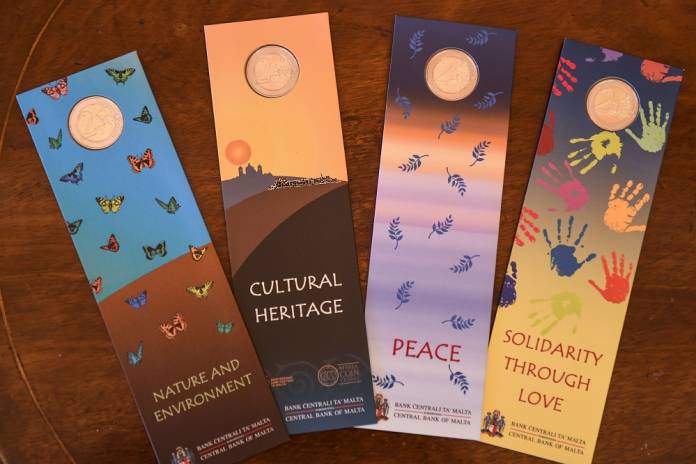 The Central Bank of Malta has donated the sum of €50,000 to President of Malta George Vella during a courtesy visit at Sant’Anton Palace by staff from the Malta Coin Centre, which is responsible for the Bank’s numismatic issues.

This was the fourth consecutive yearly donation to the Malta Community Chest Fund Foundation (MCCFF) by the Central Bank of Malta.

The amount represents the profit from the sale of coin cards containing the €2 commemorative coin dedicated to the twin themes of nature and environment.

The commemorative €2 coin is the fourth in the From Children in Solidarity series issued by the Central Bank of Malta.

The coins were designed by students through a competition open to all secondary students, with the winning designs selected by an expert panel.

The fifth, and last, coin in the series—on the theme of games—will be issued later on this year.

President of Malta George Vella welcomed the donation and said that the bank’s donation strengthens the mission of the Malta Community Chest Fund Foundation which requires plenty of funds to meet the numerous demands that it receives daily for help from several people.

President Vella also said that this has been an excellent opportunity for children to express their ideas about current issues through creativity and art.

Watch: Encashing of ‘payee only’ cheques due to COVID-19