The Medical Association of Malta and the Medical Association of Public Health Medicine said that now that most of the restrictive measures are being lifted, it is important for everyone to think about the risk they are placing themselves in and whether the activity is worth the risk.  The MAM and MAPHM said that it is concerned that advice being given to the public is on occasion unclear.

Martin Balzan the President of the Malta Medical Association during a press conference on Tuesday in front of Mater Dei Hospital and in his comments to Newsbook.com.mt, said that we are now facing a new risk element due to the face that as from Wednesday the airport will re-open.

One of the significant risks mentioned by the two healthcare organisations, and which is recommended to avoid is that children who attend childcare and who may be exposed to a larger number of children, should not be left under the care of those suffering from chronic diseases or elderly. 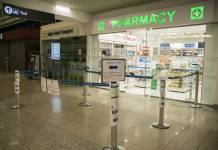 They also recommended that persons who suffer from sever chronic illnesses, those over 65, and those who have low immunity due to illness or as a result of certain prescription medication should be extra careful, conscious of their actions, who they meet and where they choose to go.

It also appealed that anyone, including tourists, who have travelled in the last 14 days is to avoid vulnerable people and get tested if any symptoms appear. It is also advising that those who do so, should call immediately 111 and organise a test while isolating themselves until the results are out.

In his comments to this newsroom Balzan said that they agree that the airport should re-open since the economy is mainly based on tourism.

The MAM and MAPH said that the protective measures against contracting the coronavirus remain important. These include the 2 metres distancing, meticulous regular hand hygene and the use of masks and visors in any activities within the community.

They added  said that while it is understood that at this stage of the pandemic it is understandable that persons want to reniute with their lovedones whom they have not met for a long time, it is still advised that unnecssary close contact, such as hugging and kissing is avoided. It also advised that the visit duraiton should be limited and meetings are held outdoors or in the residence of the elderly or vulnerable persons.