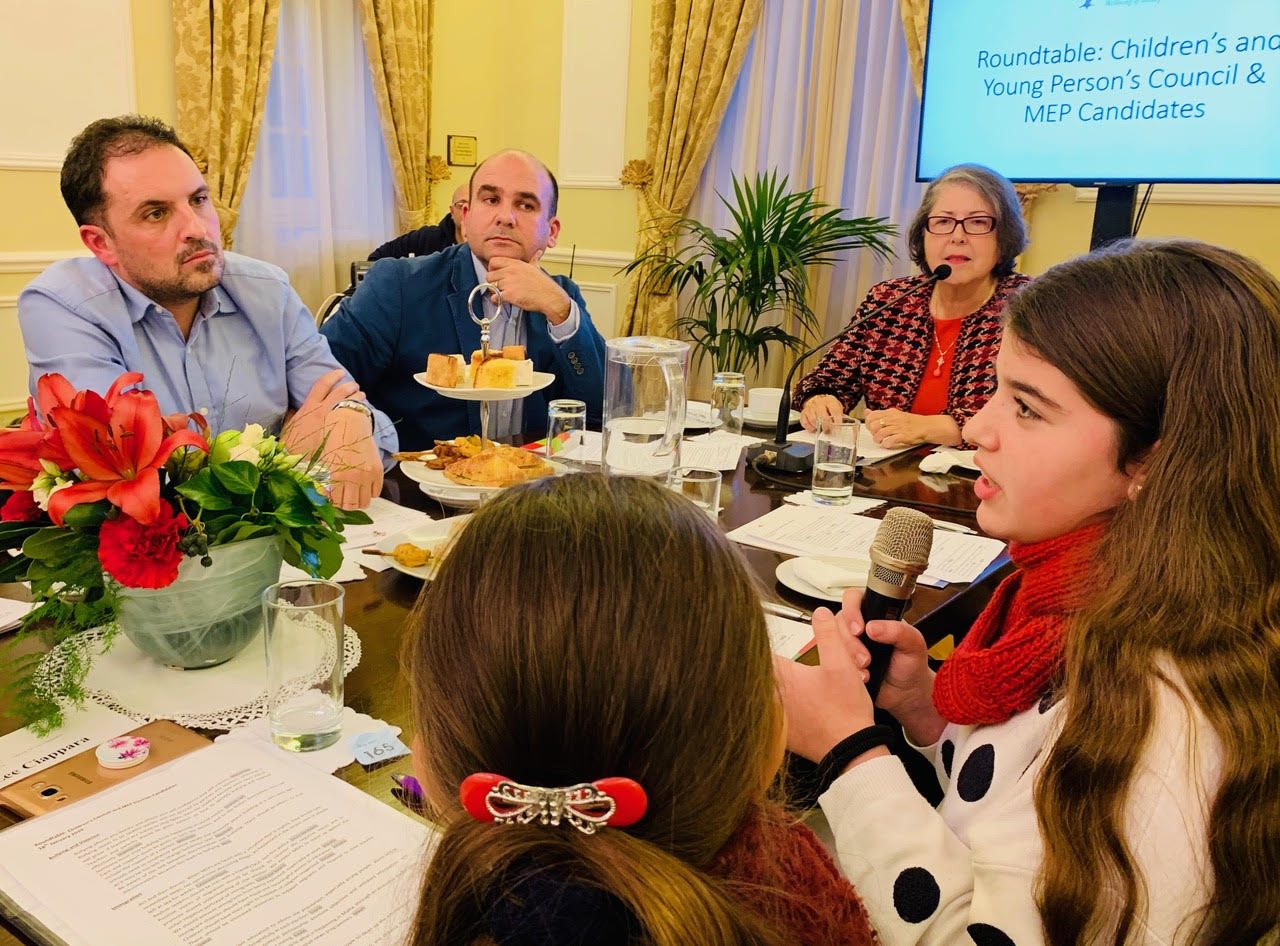 Prospective MEP candidates today fielded tough questions from children on a series of sensitive matters as they sought to find the right contender to champion their rights in the European Parliament.

During a children’s roundtable organised by the President’s Foundation for the Wellbeing of Society at San Anton Palace, prospective EP candidates were quizzed about immigration, accessible healthcare, environmental concerns and bullying, among many other issues.

Foundation director general Ruth Farrugia said: “This roundtable gives children the opportunity to voice their opinions and share their priority areas with the people who will be representing them in the European Parliament.”

A total of 13 prospective MEP candidates accepted the invitation to take part in this event — the first such event being held with EP contenders — and the children were well prepared to ensure their concerns were aired.

The children said in the case of stranded immigrants at sea politicians should act first and discuss later, and they expected MEPs to stand up against the unfair negative portrayal of immigrants. Immigrant children, they believed, should have equal and meaningful access to education and their right to freedom of religion respected.

Bullying was also tackled and the children said this affected the victims deeply, and eroded their self-confidence and self-esteem. Bullying had to be tackled quickly, and not ignored by parents and teachers, otherwise, it will just get worse.

The children raised the importance of civic education for 16-year-olds who would be voting for the first time, called for a reduction in political partisanship, and stressed the need for better mental health support at a community level.

Dr Farrugia said: “It’s always a challenge to sensitise adults to child participation rights — so giving children a voice is an ongoing process. As a country, we need to ensure an uninterrupted process of listening to children’s voices in different areas and in ways that are sensitive to their needs and abilities.”

From its inception, the President’s Foundation has focused on children’s rights, particularly on the UN Convention on the Right of the Child with a special emphasis on Article 12. This states that children, have a right to give their opinion, and for adults to listen and take it seriously.

President Marie-Louise Coleiro Preca has also just been nominated to be an honorary member of Eurochild for her exceptional commitment to children’s rights.

The event comes just weeks after the EP President appointed Anna Maria Corazza-Bildt as its new coordinator for children’s rights, a move that was welcomed by the Foundation as it ensured the promotion, respect and safeguarding of children’s rights in all EP policy and legislation.

The results of today’s roundtable discussion will also feed into a pool of information coordinated by Eurochild alongside other member state countries who are carrying out similar initiatives. This information will also be useful to the Europe-wide research Eurochild is coordinating, called The Europe Kids Want.

“We hope this roundtable will be instrumental in putting children’s rights and child participation high on the agenda both at local and at European level,” Dr Farrugia said.