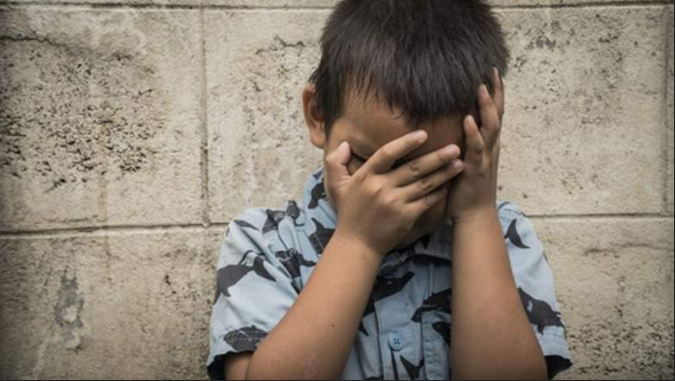 Archbishop Gustavo Garcia-Siller of San Antonio, Texas, expressed outrage at the Trump administration’s separation of immigrant children from their parents  . In a tweet, the Archbishop said that “Children, real children, like those in our schools are treated like “things” like ‘thrash’ by the administration. They are forced to suffer, to satisfy a sadistic mind, as a means to deter people for coming to the US. This is child abuse! The end does not justify the means. STOP!” 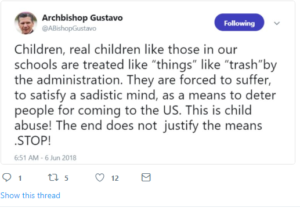 Earlier, the impassioned Archbishop had already tweeted that “Refugee children belong to their parents, not to the government or other institution. To steal children from their parents is a grave sin, immoral (and) evil,”

“Their lives have already been extremely difficult. Why do we (the US) torture them even more, treating them as criminals?” he continued.

In a 5 June interview with CBS News, US Attorney General Jeff Sessions said: “If people don’t want to be separated from their children, they should not bring them with them,” meaning they shouldn’t bring them along when trying to cross the border, which many do as they seek asylum. The furore over the separation of children from a parent or parents had already started in late May, before Sessions used a Bible passage to justify the actions.

Bishop Daniel E. Flores of the Diocese of Brownsville, Texas, said via Twitter 31 May that “separating immigrant parents and children as a supposed deterrent to immigration is a cruel and reprehensible policy. Children are not instruments of deterrence, they are children. A government that thinks any means is suitable to achieve an end cannot secure justice for anyone.”

The Bishops condemned the situation as inhuman.