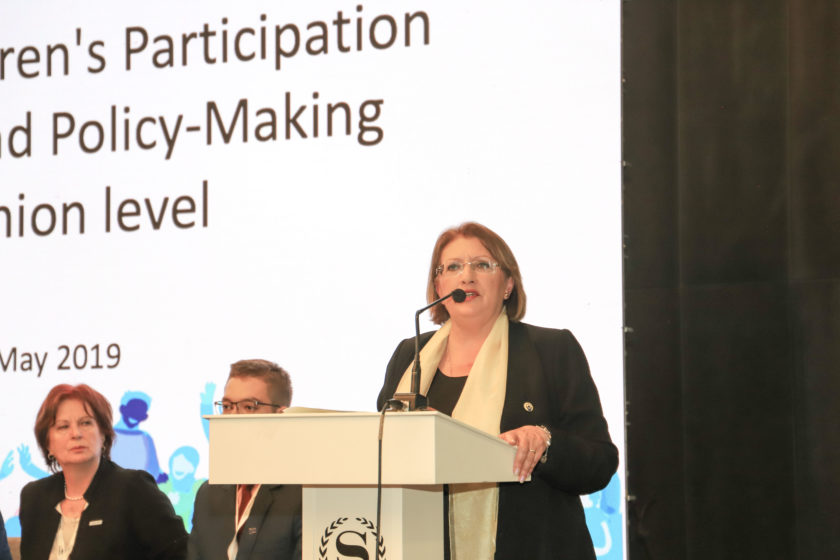 Child rights and participation should be a top priority for the EU agenda, Malta’s President Emeritus Marie Louise Coleiro Preca has said.

Coleiro Preca added that it was imperative that the European Union was listening to children and they were able to, ‘influence decisions that directly affect them and all of us.’

The former Maltese president made these comments during a keynote address as President of Eurochild at their first EU Children’s Summit in Bucharest Romania.

Her comments come in light of the joint Eurochild/UNICEF report entitled ‘Europe Kids Want’ in which only 8% of children surveyed believed that adults were taking on their views in decision making.

Also attending the summit were the Maltese children were 14-year-old Sharon Cilia, of the Young People’s council and 10-year-old Scarlett Engerer, a member of the Children’s Council.

‘Child participation in decision-making needs to become a reality today and not in the future… It is essential that the European Union listens to children, and ensures they can influence decisions that directly affect them and all of us,’ Coleiro Preca said.