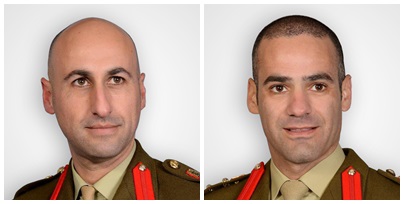 The new Chief Justice Mark Chetcuti found no illegalities in the promotion given to AFM Commander Jeffrey Curmi and deputy Commander Mark Mallia when in 2013 together with Pierre Vassallo and Mark Said, were promoted to the rank of colonels just two weeks after being promoted to lieutenant colonel.

The lawsuit was filed in 2016 by Lt Col Andrew Mallia who claimed that the appointments had breached his rights.

The court dismissed the case over discrimination but said that it could not decide if the choice of candidates for promotion was a good one.

By the end of 2013, Brigadier Curmi was promoted to the rank of brigadier and appointed Commander of the Armed Forces of Malta and colonel Mallia was appointed Deputy Commander.

Mallia argued that, he had seniority over them, having been a Lieutenant Colonel for three years and more qualified than them.

Chief Judge Mark Chetcuti, in handing down the judgment said that it was not up to the court to decide whether the decision was the right one, but whether it was legal or not.

He noted that in the case of Curmi, his service as Chief Intelligence Analyst to Operation Atlanta in months before his promotion was exemplary.