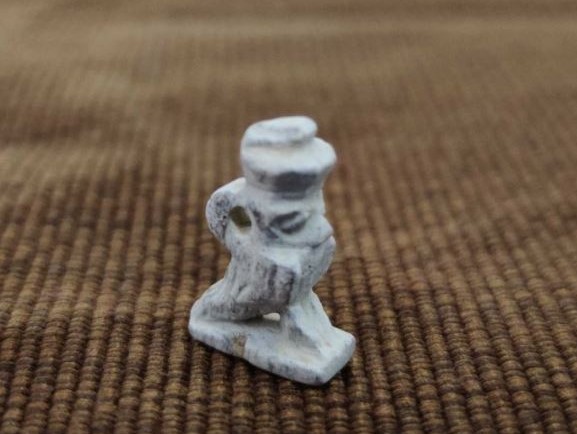 Ironically, while the COVID-19 pandemic has forced humanity indoors, at the same time, it succeeded to unlock a huge unidentified potential in many of us. People are recognizing that they can draw, design, cook, write, dance, and do so many other creative things which they never did before.

While riding on this wave of inspiration, Heritage Malta has come up with yet another initiative to challenge the public to participate in its new project #IsolationCreation.

This challenge will kick off on Wednesday 29th April when the public will be invited to access St Paul’s Catacombs’ Facebook Page to view the chosen museum artefact – the Horus Pendant.

The Horus Pendant is made of faience and it was found within the site of St Paul’s Catacombs. Although it represents the Egyptian god Horus, this pendant is not Egyptian in origin. It was probably manufactured in a Phoenician workshop, based on an Egyptian original made between the 7th and the 1st century BC.

Some foreign divinities profoundly changed the Phoenician belief system and were adopted as their own. Egyptian gods were particularly influential. This pendant shows the Egyptian god Horus, represented as a falcon.  As a god, Horus’s main role was to protect Lower and Upper Egypt but he was also seen as the god of the skies, war hunters and kingship.

Just like the skilfull Phoenicians did, Heritage Malta is inviting the public to channel their creativity on this Egyptian god. The allure of this powerful deity might arouse in some the muse to write a poem, to immortalize him in a drawing or to entertain him with an exotic dance. Some might be motivated to reproduce his image in stone, in metal, in a cake, a biscuit or a knitted craft.

Projects can take any form. Imagination is the only limit! You can work in groups or on your own. All that matters is that you endow your isolation with creation by sharing your act with Heritage Malta on the Facebook Page.