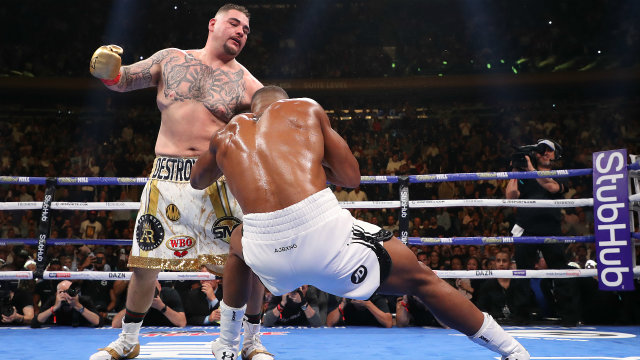 Underdog Ruiz stripped Joshua of his four world titles as the latter hit the canvas twice in the third and twice in the seventh round. In the build up to the bout, many had pointed out the differing physical attributes of the two fighters and boxing enthusiasts had expected Joshua to win easily.

However the lightning fast shots of Ruiz proved to be too much for Joshua as his American debut turned sour. After the fight the Briton told Sky Sports Box Office;

“Boxing is a tough sport, but I train hard and I got beaten by a good fighter, it will be interesting to see how far he goes, but this is all part of the journey.”