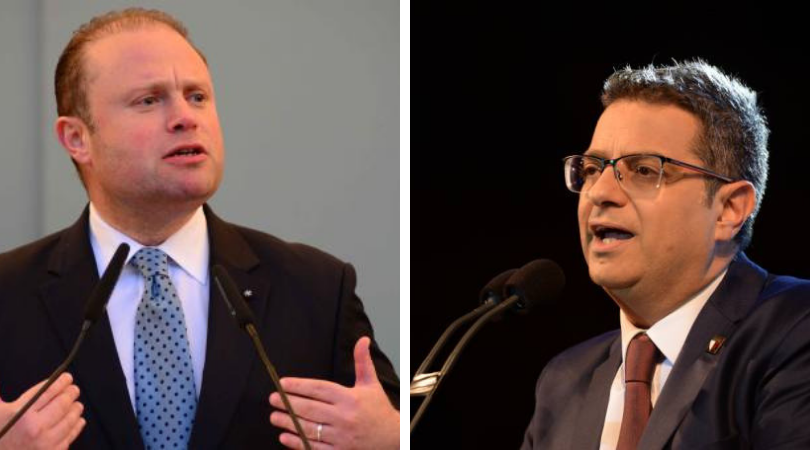 In a series of press releases, Partit Nazzjonalista (PN) discussed the increase in fuel prices, the 150 individuals that were found living in an apartment block in Buġibba and the Central Link project. Further press releases were issues by Partit Laburista (PL) in response to the ones issued by the Opposition’s leading party.

PN said that the government is trying to deflect the attention from the recent hike in fuel prices.

PN said that this is the second consecutive year in which fuel prices have been increased at an average of 10c per litre. The party added that when the fuel prices were reduced by 1c the government made a show of it and even called for a press conference, whilst it’s stayed silent when the increase in price was announced.

In a press release, the PL replied that the announced increase in fuel prices was a reflection of the direction that the international oil price has taken. They also added that notwithstanding this increase in price, fuel prices in Malta still fall below the EU average.

Such cases should be condemned – PN; PN cannot control itself – PL

In another press release the PN referred to the case of the 150 persons found living “in inhumane conditions” in an apartment block in Buġibba.

According to the PN, this is not the first case, as a large number of persons that have been brought to Malta to be part of the work force without going through any controls.

The party added that the quality of the cases and the large amount of foreigners that are living and sleeping in such places because they cannot find any better should be condemned.

In the press release, the PN asked for urgent investigations. They said that once these persons are bought in the county by the government, they deserve protection, dignity and social justice.

In reply, the PL issued another press release in which they stated that it is ironic that an entity that has no control over 27 of its people want to preach about how to control a country.

According to the PL the PN is using an inconsistent form of communication.

They are saying that the government needs to listen to the unanimous opposition, which includes the PN, the residents and the environmental organisations, and reconsider the Central Link Project.

According to the PN, the project will be the cause of the destruction of 50,000 metre squared of agricultural land, open spaces and 500 trees.

The PN stated that the government is making it clear that he is not interested in environmental issues, and is only “obsessed” to uproot trees.

According to the PL, the current Central Link Project proposal is more sustainable because less agricultural land that will be used and more trees will be planted.

Coryse Borg   July 3, 2020
The Planning Authority has approved the application to build a new sports complex for football and rugby games in Kordin, with an investment of €7.2 million.

Amy Borg   July 3, 2020
Alarm Phone said that the Maltese government is refusing to communicate with the NGO regarding the situation of the migrants.

Amy Borg   July 4, 2020
Infrastructure Malta said that this second phase is planned to improve connections leading to the same main road. The aim is to improve the connections of the Marsa-Ħamrun Bypass with nearby localities, including Birkirkara, Santa Venera, Qormi, Ħamrun and Marsa.