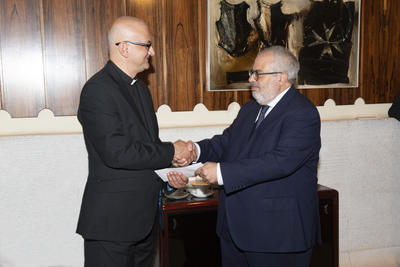 A concert commemorating the 50 year anniversary since the setting up of the Central Bank
of Malta was held at the Manoel Theater.

The concert, under the patronage of the President
of Malta, included pieces written by Hildegard von Bingen for young Maltese composer, Karl
Fiorini. The proceeds from the concert were donated to the Dar tal-Providenza.