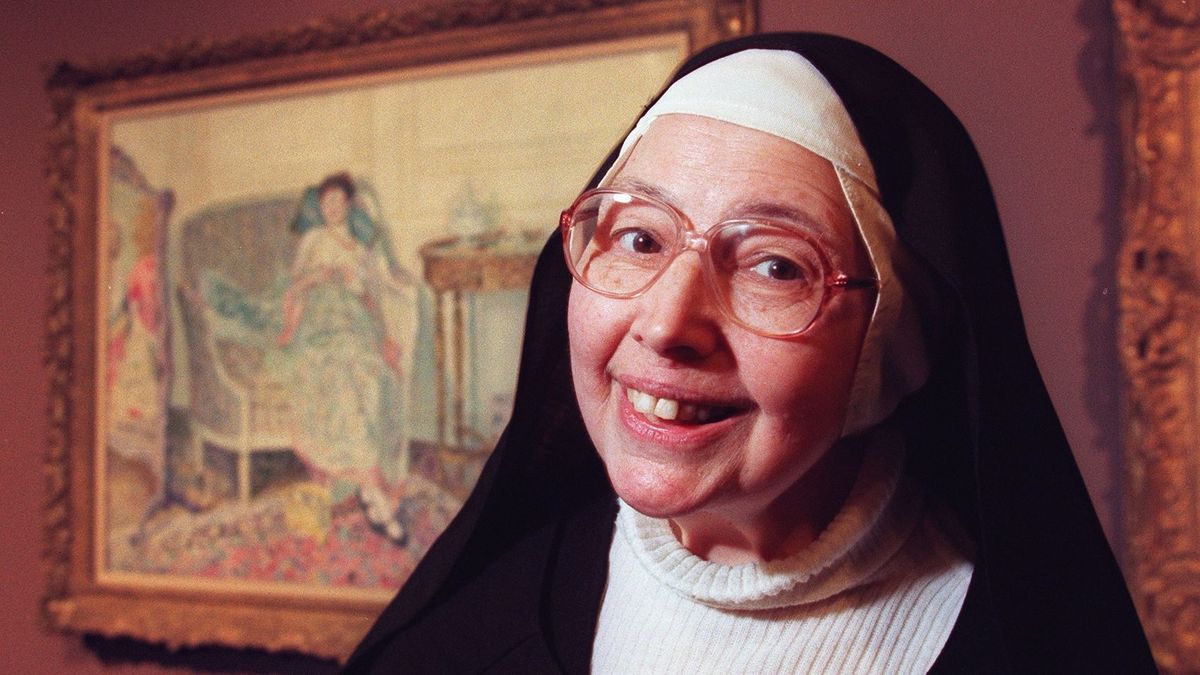 English Catholic nun and 90s television star Sister Wendy Beckett passed on at the age of 88 in the village of East Harling, England. Her passing was confirmed by the Carmelite Monastery in Quidenham.

Sr Beckett left the cloistered life and became a star for her BBC documentaries where she fast became an internationally loved art critic, including Sister Wendy’s Odyssey and Sister Wendy’s Grand Tour. She was also awarded a Congratulatory First Class degree in English Literature from Oxford University, later teaching in Cape Town and Liverpool.

She was born in South Africa before moving to Edinburgh at a young age and joining the convent at 16. She started her art studies in the 80s and then decided to write and sell a book to fund her convent. The book, Contemporary Women Artists, got the nun noticed by the BBC in her 60s, and there started her television career at the National Gallery.

One of the reasons for her success was her trade mark black habit, and unscripted conversations with the camera. Her studies allowed her to rely on her vast knowledge of art as she discussed Da Vinci, van Gogh, Monet and many others in her signature style.