Catering establishments have suggested that the minimum distance between tables should be lowered to allow more patrons to be served.

The Association of Catering Establishments met with Prime Minister Robert Abela ahead of this month’s budget. During the meeting, the association called on the government to consider lowering utilities rates as well as proposed a number of measures aimed at attracting more clients.

The catering establishments have proposed of extending the voucher scheme until the festivities noting that the coronavirus pandemic will bring in new challenges for the industry as outdoor dining would not be possible due to the weather.

The association maintained that the voucher scheme which many have hailed for its success should be relaunched just in time for Christmas in a bid to urge consumption. It also noted that the minimum distance between tables should be lowered to allow more patrons to be served. The association noted that establishments are having to turn clients away due to lack of space. 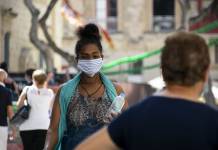 Vouchers amounted to 60% of consumer spending

During the meeting it was also noted that the vouchers had accounted for 60% of sales for many catering establishments.

The association praised the Covid-19 wage supplement which helped businesses in saving jobs and have suggested that some minor changes are made and that it is extended.

Another proposal related to commercial leases, with the association suggesting that those renting out commercial space should receive benefits which would allow them to lower down the lease by at least 50%.

“Our aim is to safeguard jobs” – Abela

Prime Minister Robert Abela welcomed the proposals and remarked that the meetings with various stakeholders help shape the budget for the upcoming year.

He noted that the government’s main aim is to safeguard jobs adding that despite the global pandemic causing havoc and leading to unemployment, in Malta the unemployment rate has decreased by 0.4% compared to the 0.3% increase in the Euro zone. Various incentives launched by the government were successful and have helped in retaining jobs.

The meeting was held at the Office of the Prime Minister and is one of many consultation meetings the government is holding with various stakeholders. The initial part of the meeting is open to the media and then proceeds behind closed doors.

What do you think of the proposals?

Let us know in the comments below or send an email to: info@newsbook.com.mt

EU leaders agree on Budget and limited sanctions on Turkey