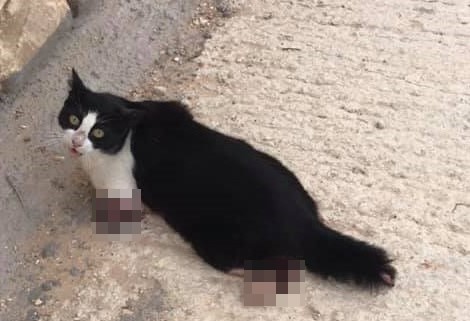 A cat was found on the side of the road in Ħaż-Żebbuġ yesterday, bloodied due to its paws being cut off.

The Ħaż-Żebbuġ Local Council later released a statement saying that the cat had been taken into care and stated that it had discovered that the cat had apparently been injured by a combine harvester in a field close to where it was found.

Today, the Minister for Animal Rights Anton Refalo wrote on Facebook that the cat is still being monitored by the veterinarians of the animal hospital, however, it is in critical condition.

He announced that the Ministry of Animal Rights has asked the Police to open an investigation to determine the exact events that led to the cat’s injuries.

The Minister also urged people to be careful as it is kitten season, so he asked the public to keep its eyes peeled for any cats that may be in harm’s way.

In the meantime, TVM today published an article saying that 3 cats were discovered dead in Għargħur. The national news portal explained that these are street cats who are frequently fed by the residents. This morning they discovered them dead and are suspecting that they were attacked by 4 dogs which roam the area.

Newsbook.com.mt contacted the Police about this but they said that they have no reports of this incident.

Cat with paws cut off found in Żebbuġ 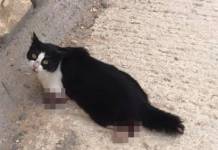 Cedric Farrugia   December 5, 2020
“Malta should be aware that it cannot be a European Union Member State à la carte and that the spirit of the EU Accession Treaty must be respected” said Birdlife following the European Commission infringement proceedings against the Maltese Government on spring hunting and trapping.