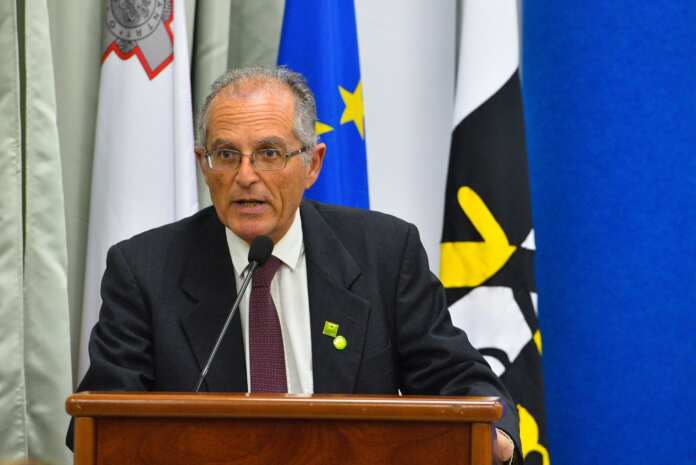 Former AD chairman and independent MEP candidate Arnold Cassola has written to the European Commissioner for the Rule of Law and the Charter of Fundamental Rights, Frans Timmermans, European Commissioner for Justice, Věra Jourová, and the President of the European Parliament, Antonio Tajani, over the allocated time by the Broadcasting Authority to independent MEP candidates during political debates and spots on the national TV stations.

Cassola had already urged the Authority to allow the participation of independent candidates in political debates with candidates coming from the traditional parties. In his letter, Cassola had described the Authority’s behaviour as ‘obscene’ during the last snap election when small parties were denied the possibility of debating with the two main parties.

The Broadcasting Authority’s CEO Joanna Spiteri sent a copy of the schedule drawn up by the Authority in accordance to the Broadcasting Act which includes a five minute message delivered by each independent candidate, however it does not provide independent candidates with the possibility of participating in political debates or air political spots.

The schedule covers from 15 April until 23 April. There are a total of seven political debates that are 45 minutes long. The Broadcasting Authority has allocated a total of 60 minutes to the Labour Party and the Nationalist Party in spots, a total of 12 minutes to Alleanza Bidla, Alternattiva Demokratika, Imperium Europa, Moviment Patrijotti Maltin and Partit Demokratiku in spots. While independent candidates are set to get a mere five minutes of messages.

In his letter to the European institutions, Cassola highlighted that the broadcasting schedule was discriminating against independent candidates like himself, not only on state TV but also on the party owned media.

Further Cassola attributed the allotments as fearing a political debate.

He also made reference to the Authority’s composition which has nominees from both major parties sitting on its board.

We can’t have double standards on air quality – Metsola

“Allow all citizens to express their views regarding development” – The KA

Casa in favour of European Commissioner for press freedom