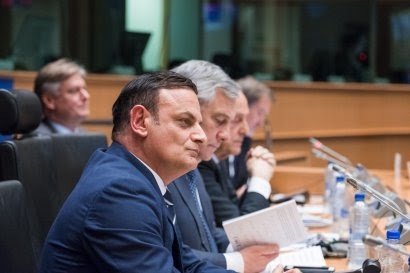 Member of the European Parliament (MEP) David Casa is heading a delegation to Croatia. The delegation, made up of the EP’s Employment and Social Affairs Committee, is to focus on Croatia’s EU policy priorities in view of their upcoming EU presidency, as well as the economic and social situation.

According to a press release, the EP delegation will be exchanging its views with the decision-makers that will be shaping the EU’s priorities from January to June 2020 (Croatia).

The delegation will be meeting with the Minister of Demography, Family, Youth and Social Policy, and the Minister of Labour and Pensions. Meetings will be held with members of the Croatian Parliament, and MEPs will be speaking to representatives from organisations that focus on youth employment as well as trade unions and employer associations.

The press release further explained that the delegation will be visiting a project funded through the European Social Fund at the Public Open University Zagreb.