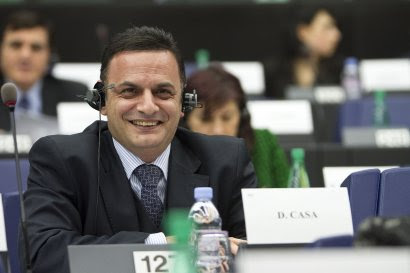 In a statement issued by the European People’s Party, the Head of Partit Nazzjonalista delegation in the European Parliament David Casa was indicated as having started work as the EPP negotiator within the Employment and Social Affairs Committee for a new EU law that seeks to protect whistleblowers. The statement said that through these new discussions MEP Casa will be building on his first report on protecting whistleblowers that was approved with an overwhelming support by the Committee on Employment and Social Affairs last year and which also triggered work on the current Commission proposal for an EU wide law to protect whistleblowers.

“The case of Pilatus Bank whistleblower Maria Efimova is a perfect example of how those that expose wrongdoing at great personal risk are fiercely attacked and vilified…We must learn from the Efimova and Ferris cases and cater for instances when whistleblowers expose those at the highest levels of government are not given adaquate protection” said Casa.