Nationalist Party Head of Delegation and MEP David Casa condemned Finance Minister Edward Scicluna for “endorsing a call for him [Casa] to be put to death”. In a statement Casa said that Scicluna first engineered hate speech against him and later endorsed it. Casa explained how Minister Scicluna repeated the Labour’s Party narrative in a post on  Facebook. Casa said that a the post generated a number of hateful posts from Scicluna’s supporters one of which called for his hanging. The Minister then proceeded to like the comment from his personal profile.

The MEP described the episode as “outrageous, dangerous and criminal”. He said that he would be filing a police report against the person who posted the threat and the minister ‘who endorsed it’. 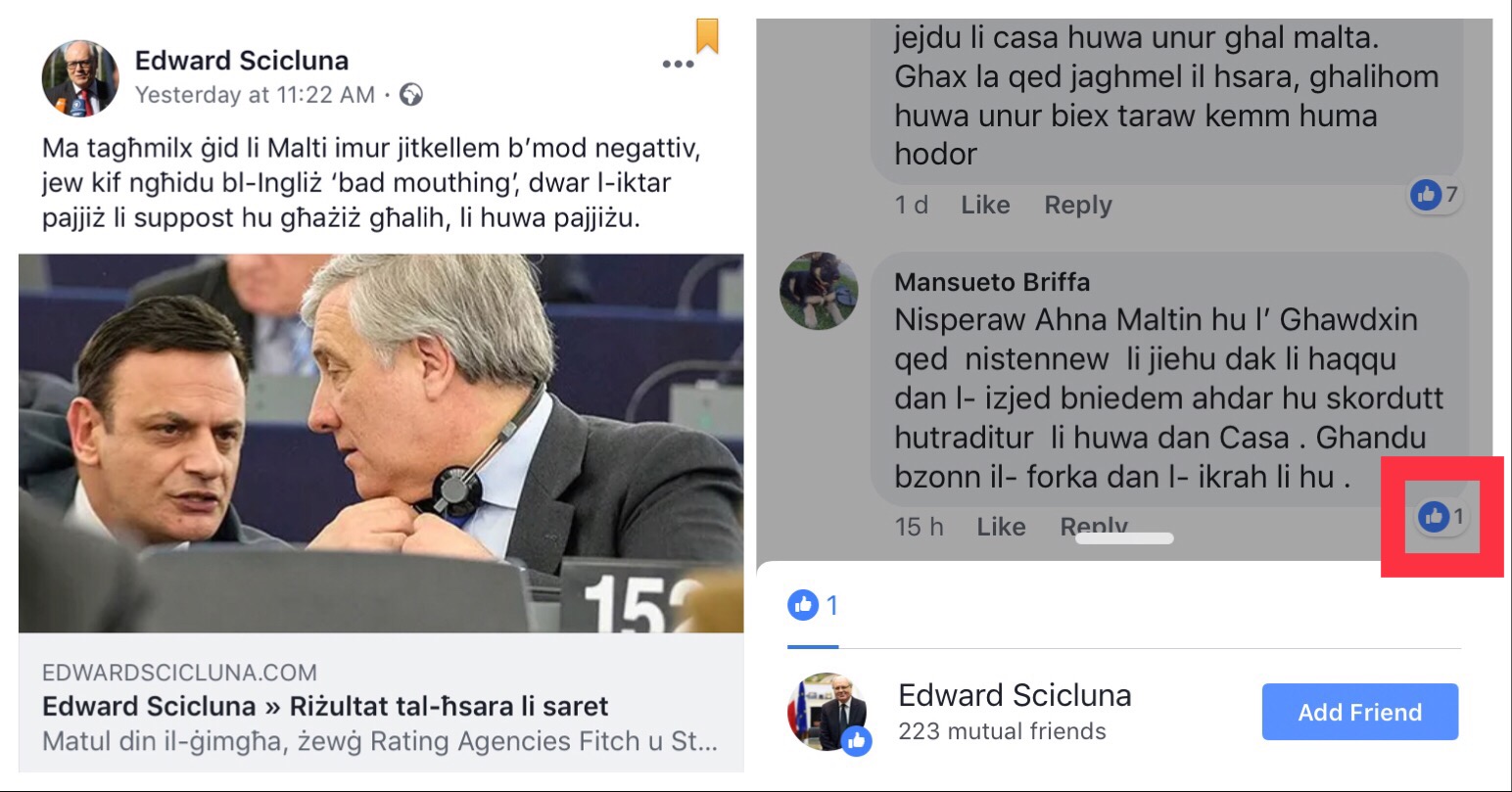