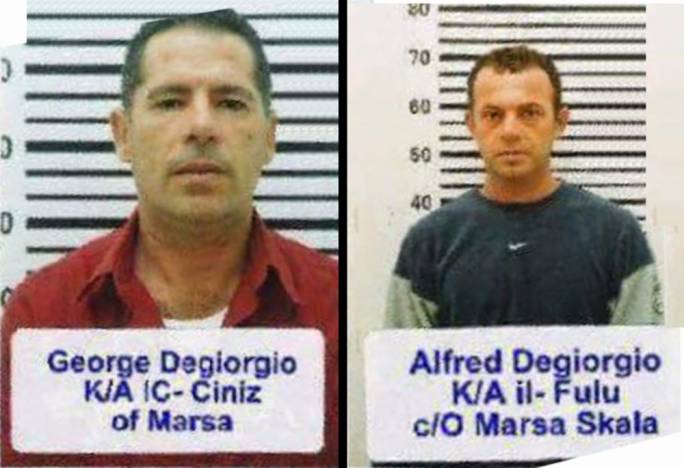 MEPs David Casa and Ana Gomes have rejected a request for a meeting made by two of the three men accused of Daphne Caruana Galizia’s murder.

In a bizarre request on Thursday’s court hearing, Alfred and George Degiorgio, through their lawyer William Cuschieri have asked the court to authorise a meeting between the two accused and MEPs David Casa and Ana Gomes in the presence of a journalist or foreign journalists. The murder compilation in respect of Alfred Degiorgio, George Degiorgio and Vince Muscat continued on Thursday.

The request was verbalized at the start of the sitting as the compilation of evidence against Alfred Degiorgio, George Degiorgio and Vince Muscat continued in court.

The request took the prosecution and parte civile lawyers by surprise, with the AG’s assistant Philip Galea Farrugia saying that he was ‘bewildered’ upon hearing the request. Parte civile lawyer Jason Azzopardi was not present when the request was verbalized only to enter the courtroom later and arguing that the request should be discussed behind closed doors.

Galea Farrugia stated that the case was subject to a judicial process and politicians, the media and other third parties, were to be left out of it.

Azzopardi argued that after such a meeting were to happen, the news would be divulged by press whose duty is to do so, this might lead to a situation where the defence would institute proceedings claiming that certain rights had been breached.

Defence lawyer William Cuschieri told the court that he had only been informed by this request in the morning and was not fully aware of what the accused wished to discuss with the MEPs, thus he sought authorisation from the court.

Magistrate Claire Stafrace Zammit who is presiding over the court, observed that such a request could have possible constitutional repercussions.

The court granted the prosecution and parte civile lawyers until Monday to file their written replies to the Degiorgios. The court would then decree on the matter accordingly. 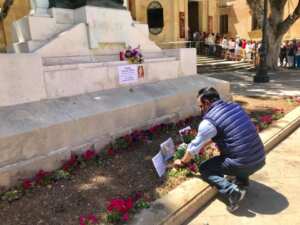 In a reaction to the request made in court, a joint statement was issued by PN MEP David Casa and Portuguese S&D MEP Ana Gomes whereby they informed that they would reject such a meeting. In a reaction, the MEPs stated that politicians have no place negotiated with suspected murderers being in held in custody. Further Casa and Gomes said that “if the accused want to make a confession they should do so to the magistrate and if they want to make a public statement claiming innocence they can do so in court or by releasing a statement via their lawyer.

The MEPs reminded that their only role in a criminal case is to hold authorities to account saying that they could not perform the role of a magistrate, the police or the prosecutor.

A LESA representative took the witness stand on Thursday. He presented copies of two contraventions related to the car which had been leased by Alfred Degiorgio. One of the contraventions presented in court had a photo attached, while the second ticket which was given because the car was parked on double yellow lines in Triq it-Tonn, St Paul’s Bay in August 2017.

Prosecuting Inspector Keith Arnaud said that five police reports retrieved from the police database following a search using Caruana Galizia’s ID card number. Three of the reports were presented on Thursday. The fourth report concerned an anonymous caller calling from a telephone booth and informing the Police’s control room of a bomb being planned at Caruana Galizia’s residence by two men in 2008. The police had spoken with the men indicated by the anonymous caller however nothing had come out of it. The fifth report concerned the murder itself.

The compilation continues on 15 July.

The Prosecution was led by Police Inspector Keith Arnaud.