Fenech who is facing charges of complicity in the murder of investigative journalist Daphne Caruana Galizia has been in preventive custody since November 2019 when he was arraigned before a Magistrate’s Court.

The family of the murder suspect have released a statement on the hunger strike following some media reports saying that Fenech and other inmates were protesting against ‘unbearable’ conditions. However, the prison authorities said that three inmates are on hunger strike without making any reference to Fenech in a statement released on Friday afternoon.

Earlier Newsbook.com.mt reported that Fenech and other detainees in his division are on hunger strike. Sources have said that the strike is linked to the conditions at the Corradino Correctional Facility.

In a statement released by the suspect’s family through his lawyers, the family remarked that some reports were “blatant misinformation” and confirmed that Fenech was taking part in a Collective Division hunger strike.

The entire division is striking against ‘unacceptable harsh conditions’ at Corradino Correctional Facility.

Partit Laburista’s media wing, ONE, earlier reported that Fenech was protesting against the presence of people of colour in the same dormitory. The family deplored the report saying that such references are solely intended to inflame and twist perceptions.

“Yorgen Fenech took the decision along with the whole division based on the living conditions which by any measure are highly problematic.”

The Correctional Services Agency, however, in its statement said that prison officials were told that the hunger strike was against the arrival of three new individuals, who are foreign nationals, in the same division.

Describing the conditions in the division, the family said that Fenech has been held in a crowded room for the past months with a toilet shared between all the inmates, a shared one-foot by one-foot basin to be used for personal hygiene, cleaning of dishes, clothes and linen by all inmates, and not enough ventilation.

The situation has been further exacerbated due to the unbearable heat.

“Inmates sick with diarrhoea and vomiting all penned up in the same cramped living space makes the situation unbearable. This, not even mentioning the worsening of living conditions due to coronavirus in the prison facilities,” the statement reads.

The prison authorities said that the hunger strike began on Thursday afternoon. The condition of those striking is being monitored by the medical team at the Corradino Correctional Facility.

The family said that Fenech who is allowed 15-30 minutes a week to see his children and family saw his right revoked on Friday morning with no apparent reason.

His defence team composed of lawyers Marion Camilleri, Gianluca Caruana Curran and Charles Mercieca claimed that ongoing leaks of information are damaging to Yorgen Fenech’s
fair trial rights and the administration of justice.

The Correctional Service Agency said that all inmates and detainees enjoyed the same rights and privileges which are granted or revoked in accordance to their behaviour.

Questions were sent to the Ministry of Home Affairs. 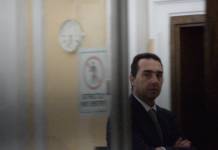