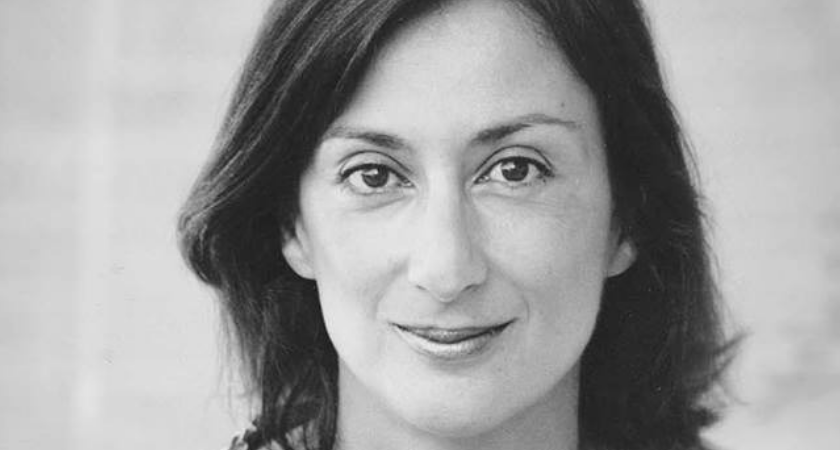 Lawyers representing the Caruana Galizia family have published their newest legal opinion urging the Prime Minister to create a Public Inquiry into the death of Daphne Caruana Galizia.

Bhatt Murphy solicitors outline that, ‘to date, Malta has failed to comply’, with its obligations under Article 2 of the European Convention on Human Rights.

They say that with no current Public Inquiry into the circumstances surrounding her death, ‘Malta is acting unlawfully’. If the situation persists, the lawyers advise issuing court proceedings against the Prime Minister to ensure his compliance with Article 2, and even going as far as to suggest to action being taken to Strasbourg.

The legal opinion also responds to four questions raised by the Attorney General.  These centre around the connection between Article 2 and wider investigations into Caruana Galizia’s death, the timing for a Public Inquiry and breaches of Article 2 to be investigated in the Inquiry.

The final question asks the relationship between the Inquiry and the need to preserve evidence through the criminal investigation.

What is the nature of the Article 2 duty to investigate the wider circumstances of this assassination, beyond seeking to establish direct criminal culpability?

In the first response, the lawyers point out that the AG’s statement that identifying and punishing ‘wrongdoers’ is too narrow a purpose for the ECHR complaint investigation.  They say instead that such an investigation needs to be broader, to understand if the Maltese authorities ‘knew or ought to have known of, or indeed posed, a real and immediate risk to Daphne Caruana Galizia’s life.’

Through this, the role and responsiblities of the authorities will be better understood and failings will be uncovered.

When should a Public Inquiry be established?

In their second response, the lawyers say that the process should start ‘without further delay’ in order to ensure evidence is preserved and ‘in order to quell suspicion that political interference may jeopardize the chain of evidence.’

They state that when criminal and inquest proceedings run together, the inquest should come first. In this case, it should be carried out by a Senior Coroner to ascertain what happened and to preserve the evidence, within an Article 2 inquiry. The search in this case, would involve understanding, ‘not only what happened, but could it have been prevented’

With deaths involving alleged state complicity, the intent is for independent bodies to collect the evidence.

The lawyers point out that current investigation is ‘criminal in nature’, that the Maltese legal system is not equipped for conducting inquests and that, ‘it has no independent organisations outside of the criminal context with responsibility for investigating any state complicity or neglect in a death engaging Article 2’.

The ‘police are ulitmately investigating themselves’ and the wider questions of prevention and what can be learned are missing from the AG’s comments.

Stressing further the requirement for the Inquiry is the fact that no politicians or governmental officials had been questioned yet, either by the police or those investigating Caruana Galizia’s murder.

What are the potential breaches of the Article 2 duty to be investigated by the Public Inquiry?

In this response, the lawyers point out that it will need to be ascertained if the Maltese state was aware of risks to Caruana Galizia’s life and they failed act within their powers. This would regarded as a breach of their protective obligations under Article 2.

What is the relationship between the need for a Public Inquiry and the need to preserve evidence via the criminal investigation?

The lawyers final response reiterates many of the original points made both above and in their first and second opinions.

The focus is therefore on a the full independence of a Public Inquiry.  The lawyers say that such an Inquiry would have the ability to obtain and hold to evidence connected with its investigation which is, ‘free of police or other state interference’.

It is also pointed out that the Chair of the Inquiry should not hindered or prevented from conducting the investigation by the Maltese state, nor should the setting up of one, be delayed ever further.

Commenting on the publication of their lawyer’s third opinion, Paul Caruana Galizia, one of Daphne’s three sons commented on the final removal of Deputy Commissioner Silvio Valletta from the investigation.

Valletta had been someone actively criticised by Daphne Caruana Galizia for his work within the Financial Intelligence Analysis Unit.

A judgment by the Maltese Constitutional Court in October saw him dropped from the investigation.

“My family has already been forced to go to the highest court in Malta in order to remove from the criminal investigation into my mother’s assassination a senior police officer who was the subject of her journalistic inquiry. A grieving family of an assassinated investigative journalist should not have to return to court to compel Malta to comply with its legal obligation to establish a Public Inquiry; however, if that proves necessary we shall do so without delay.”