Family of slain journalist Daphne Caruana Galizia, as well as Yorgen Fenech, the man accused of being an accomplice to her murder, have called on Magistrate Nadine Lia to abstain from hearing the compilation of evidence.

The compilation of evidence against Fenech is due to start on Wednesday. He was arraigned on Saturday. He pleaded not guilty to the charges brought against him. 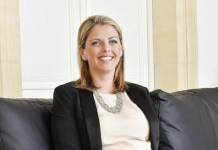 In their application, Peter Caruana Galizia together with his three sons, Matthew, Paul and Andrew said they had expected the magistrate to abstain since justice had to be seen to be done.

The applicants said that the assassination of Caruana Galizia involved an accused, witnesses and evidence in the public domain, “that are intrinsically linked to the Office of the Prime Minister, the Prime Minister and his former chief of staff whose lawyer was the magistrate’s father-in-law.

The applicants pointed out that the then-magistrate Consuelo Scerri Herrera had abstained from the magisterial inquiry a day after Caruana Galizia’s assassination. The family also referred to a recent occasion when Lia abstained from presiding over the compilation of evidence in the Paqpaqli case.

Sylvana Debono   January 28, 2020
Two major banking organisations, the Malta Bankers Association and the ARQ group will be organising a conference on money laundering