An Italian high court ruled that the captain of a German humanitarian search and rescue vessel, Sea Watch, should have never been arrested, thereby turning down an appeal filed by the Italian public prosecutors.

Writing on Twitter, Rackete described the verdict as important for all the civil society actors performing search and rescue duties.

“No one should be prosecuted for aiding people in need. The EU directive on ‘crimes of solidarity’ needs reform,” Rackete said. 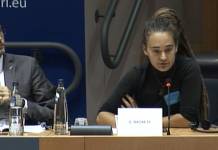 On 12 June, Sea Watch rescued 53 asylum seekers who were adrift in the Mediterranean Sea and found themselves in distress off the Libyan coast. 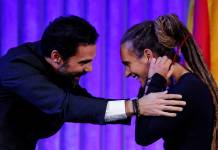 Some of which were evacuated from the vessel for health reasons. However, most of the group remained on board, leading to a two-week stand off at sea. As conditions on board worsened, Rackete eventually took the decision and sailed to Lampedusa, despite an order not to dock from Italian officials.

She was arrested on 29 June. A judge overturned the order on 2 July, saying that the captain had acted “out of necessity” because of the people’s condition. 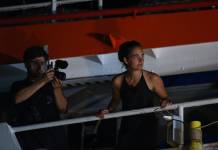 The high court Friday ruled that Rackete’s arrest was not warranted.

The German NGO tweeted “Sea rescue is not a crime” following the ruling.

The Supreme Court of Cassation was slammed by former Home Affairs Minister Matteo Salvini, who may face trial for allegedly kidnapping migrants on board a coastguard ship last summer.

On Twitter, the head of the far-right anti-migrant League party, Salvini, wrote: “For some judge a German young woman, who risked killing Italian police, should not be tried. And on the contrary they want to try a minister who has blocked human trafficking.”

A parliamentary immunity panel will meet January 20 to rule on lifting Salvini’s immunity to face a possible kidnapping trial. In the past, when he was in government with the 5-Star Movement (M5S), a panel ruled not to lift his immunity and he escaped trial.