The board of inquiry is chaired by Judge Emeritus Michael Mallia, and composed of Chief Justice Emeritus Joseph Said Pullicino and Madame Justice Abigail Lofaro.

The next sitting is on Friday at 9.30am.

"A lot of the information wouldn't be just the police. There would be AFM, court experts, police. But the circle was very small. We would know on a "need to know basis"."

He explains that the need to know approach was adopted because of the various interests in the investigation.

"It was very ugly to find out about the leaks. For example at the potato shed raid. I remember on the boat, thinking that we need to get to ashore as quickly as possible because of the risk of explosives and then seeing this… fear of leaks, materialise," the witness says.

The investigation is being conducted by the Economic Crimes Unit. The investigative team at present were not involved until the arraignment of the three suspected hitmen, Zahra says.
Monique Agius
11:16 The task force highlights possibilities of wrongdoings and teams are set up.

The task forces meetings are attended by Europol, Chief Investigator Keith Arnaud, Zahra, Ian Abdilla, members of the Security Services, and members of the actual task forces tasked with operational aspect.
Monique Agius
11:12 Zahra explains how the JIT works. A JIT requires at least two Member States. Zahra says that may be the homicide itself would not involve a JIT, however, it could be done for money laundering.

Comodini Cachia points out that Latvia is an EU member state which carried out a raid on a bank in Latvia.

Zahra says that this would be dealt with by the ECU. These questions should be directed to Ian Abdilla, Zahra says.

"It could be that an investigative team is set up in this regard but I wouldn't be informed," Zahra says.
Monique Agius
11:08 Comodini Cachia asks about Europol's role.

Zahra says that Europol's involvement is not as a Joint Investigation Team. A Joint Investigation Team is an international cooperation tool based on an agreement between competent authorities – both judicial and law enforcement – of two or more States, established for a limited duration and for a specific purpose, to carry out criminal investigations in one or more of the involved States.
Monique Agius
11:05 The board asks about the investigations into the previous car bombs. He replies that he was directly involved even if he joined at the time of a car bombing. He adds that as far as he was aware, it was only in the case of Caruana Galizia's assassination that the case was 'solved'.
Monique Agius
11:03 The three suspected hitmen were known to the police however, either there was insufficient evidence to arraign them or they had not been convicted. The three suspected hitmen did not have a very extensive criminal record. They were being investigated on other issues. He adds that he will reply further on the issue behind closed doors.
Monique Agius
11:01 The investigation has widened and has taken into consideration other aspects, Zahra says, following a question by Comodini Cachia.
Monique Agius
10:58 Comodini Cachia asks about briefings to the Prime Minister and OPM officials about the murder. He says that he never went however, he was aware of the briefings. He adds that sometimes Valletta would go and other times Arnaud.
Monique Agius
10:57 From his end, Zahra had sent his reply to the CMRU and apparently in the article which was published the next day, the reply was not forwarded.
Monique Agius
10:55 Last week he was asked a question by a journalist about Fenech's allegations of wanting to speak to ECU. Had the CMRU any involvement in the answers because one question was answered and another was not.

Zahra was asked whether it was true that Yorgen Fenech, two days before his arraignment had asked to speak to Ian Abdilla about corruption and it was alleged that ECU did not speak to him.

Zahra had first interrogated Fenech under caution on 29 November 2019.
Monique Agius
10:52 Comodini Cachia asks about the role of the CMRU (the media relations unit). He replies that the CMRU had organised the crime conference. When the media sends questions to the police, the officers concerned would reply through the CMRU.
Monique Agius
10:50 Searches, inquiries, sweeps, the Commissioner would not be involved. Zahra explains that the commissioner would be frequently updated.

During the 11 days after the arrest of Melvin Theuma, the Commissioner was always present with the investigators, the witness says.

The investigations, interrogations would be done by the police inspectors, the commissioner would be more for direction, Zahra explains.
Monique Agius
10:45 "At the time, from my perspective as a reader, I don't think something like that could happen," Zahra says.

He notes that the spate of car bombs at the time were gang related. Zahra joined the homicide squad following a car bomb in February 2017.
Monique Agius
10:45 Zahra is asked whether on the occasions he had read the log had though she was "on dangerous ground".
Monique Agius
10:44 Zahra says that he was never involved in Caruana Galizia's security. He adds that he was not aware of any risk assessment procedure.
Monique Agius
10:42 Dr Comodini Cachia points out that the in her blog, Caruana Galizia did not write about Theuma. He would not know whether the ECU was already investigating the money laundering claims.
Monique Agius
10:41 It was only when Melvin Theuma's name cropped up, that the ECU spearheaded the investigations into clandestine lotto and money laundering.
Monique Agius
10:37 After the assassination a task force was set up with CID, FBI, and NFI. At the time, the task force's objectives were concerned with the homicide. He says that obviously this widened.

Part of Caruana Galizia's life was her blog, he says. Experts were appointed to work on it. Cybercrime and the Economic Crimes Unit were tasked with investigating the stories she reported about, he says.

In 2017, at the beginning of the investigation, until the three alleged hitmen were arraigned in court, the ECU was not directly involved in the investigation as part of the task force.
Monique Agius
10:34 He is asked about information and intelligence sharing. Zahra explains that up until recently there was no structure on this.

He says that after Caruana Galizia's assassination an analysis unit was set up. This unit is headed by Police Inspector Malcolm Bondin. The unit would have a holistic picture of all the investigations.
Monique Agius
10:33 Lofaro asks who was his immediate superior at the time Caruana Galizia was killed. He says that if he recalled correctly there was no superintendent. He answered to assistant commissioner Kevin Farrugia, deputy commissioner Silvio Valletta and the Commissioner.
Monique Agius
10:32 His immediate superior is Superintendent Raymond Cassar.
Monique Agius
10:31 He has been a police officer for 17 year, progressing up the ranks from constable to inspector.

He gives an overview of his career. He dealt with transnational organised crime and property crime originally. It was in February 2017, that Zahra was instructed to join the homicide squad.
Monique Agius
10:30 Police Inspector Kurt Zahra is up next.
Monique Agius
10:29 Magri concludes his testimony.
Monique Agius
10:27 The board of inquiry asks about Montenegro and 17 Black, they asked the witness whether he was present at the cabinet meeting. The witness says he was not involved and does not know about.

"Would Mr Abdilla Know? It's in his remit," says Madam Justice Lofaro.

He replies he'd imagine Abdilla to know or Mr Antonvich.
Monique Agius
10:24 Magri was asked to testify on road blocks done by the Rapid Intervention Unit. Magri explains that ALE and K-9 have a similar uniform to RIU and he collected the information on road blocks carried out during that period.
Monique Agius
10:18 The witness is now testifying on the requests to UAE.

Dr Comodini Cachia asked about which companies did they request more information about. He mentions MacBridge, Mayortrans, 17 Black, etc.

The witness says that the UAE authorities were not cooperating with the Maltese authorities. Magri says that Assistant Commissioner Ian Abdilla had told him that Maltese officers would plan to go to UAE to meet their counterparts, however, the latter would cancel on them at the last minute.
Monique Agius
10:16 If Daphne Caruana Galizia required protection during an election such as the 2008 election, don't you think she required protection all year round? Dr Comodini Cachia asks.

"It wasn't my responsibility," the witness replies.
Monique Agius
10:13 The police patrol started in May 2006. Comodini Cachia asks if the patrol would go near the house during the time of Commissioner Rizzo. The witness says "possibly".
Monique Agius
10:11 Magri is testifying about fixed point and security patrols near Caruana Galizia's home.

He confirms that the theater had received an FOI request from the Daphne Caruana Galizia Foundation.

"I'm almost certain that this script (Who killed Daphne?) was not circulated among board members," Dr Grech says.
Monique Agius
09:55 He is asked why the script was refused by the Manoel Theater board. Dr Grech said that the death of Daphne Caruana Galizia is an ongoing situation, adding that he does not think it's a good thing to run a play about it.
Monique Agius
09:53 In the last twelve months, a new script was presented by Staġun Teatru Malti. The script was titled "Ix-Xiha".

The script was refused.
Monique Agius
09:52 The witness recalls informing the CEO who then communicated with Mario Philip Azzopardi.

The board asks about Azzopardi's reaction. The witness says he does not know, he did not speak to him.

The theater had told the playwright to propose a different script.
Monique Agius
09:50 Madam Justice Abigail Lofaro asks "did you refuse on the basis of the title?"

Dr Grech: I was astonished [zbalordit]. In the socio-political context of the Maltese society, I felt it should be refused. I didn't even want to have a look at the script.
Monique Agius
09:49 He recalls receiving a call. The person on the other end of the phone told him "We've received a script from Mario Philip Azzopardi. It's titled 'Min qatel lil Daphne Caruana Galizia?'"

The witness refused it out right however he instructed the other person to put it on the agenda of the board to discuss it. It was refused there and then.
Monique Agius
09:48 Dr Grech confirms that the board received a script called "Min qatel li Daphne Caruana Galizia?" in 2016 – around a year and a half before the assassination.
Monique Agius
09:46 About six or seven years ago the theater started encouraging drama plays in Maltese. The Ministry of Finance was involved, Dr Grech explains.

The theater entered an agreement with a company run by Azzopardi.

Manoel Theatre receives three original scripts every year. These are then presented to Manoel Theater and the theater has the right of first refusal on the script.
Monique Agius
09:45 Dr Grech says yes.

Testifying on Friday morning, a witness told the board of inquiry that once an unusual hacking attempt took place when an unknown individual tried to gain access to vital details. Had they succeeded, those behind the attack could have sent emails on behalf of Daphne Caruana Galizia, received emails sent to her and cloned her website. The hacking attempt was described as an atypical attack since it was a case of social engineering. 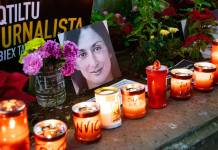