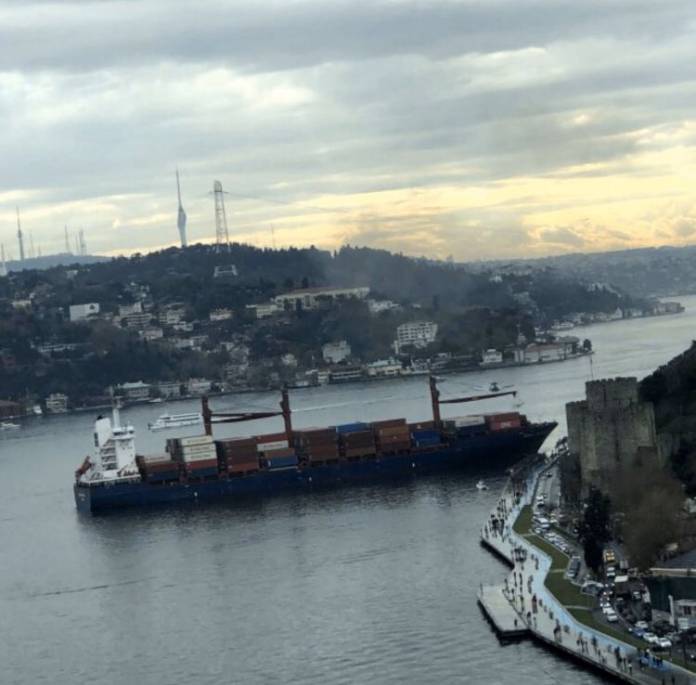 A cargo ship collided with the shore in Istanbul’s Bosphorus strait on Friday, according to the governor’s office and a witness, prompting authorities to close the picturesque and crowded waterway running through Turkey’s largest city.

There were no injuries or casualties, the governor’s office said, adding that the ship reported engine failure shortly before the collision. The Bosphorus was temporarily closed to traffic, and the ship was to be towed, it added.

The Liberian-flagged Songa Iridum had come from Ukraine’s Odessa and was headed for Istanbul’s port of Ambarli, according to Refinitiv Eikon shipping data.

Such accidents are rare on the Bosphorus, which is among the world’s busiest waterways for shipping, and is vital to Russia and other Black Sea states.

Turkey’s President Tayyip Erdogan has revived plans in recent weeks to dig a canal on the western fringes of Istanbul to ease traffic on the Bosphorus, despite opposition from the city’s new mayor, environmentalists and hundreds of petitioners.

Migrants are in Libyan detention and need help – Alarm Phone