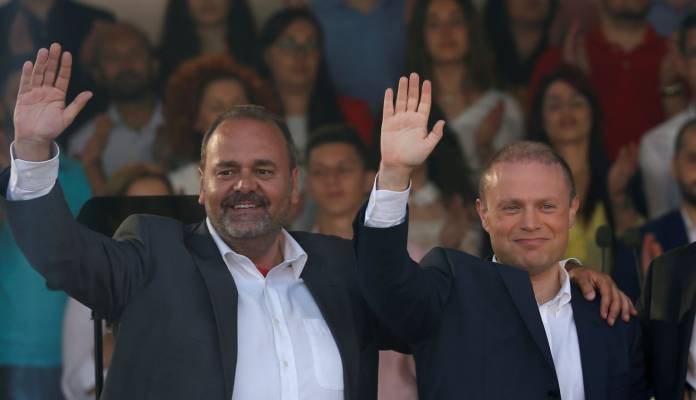 After Yorgen Fenech, the businessman being accused of being one of the masterminds of the assassination of Daphne Caruana Galizia, was arrested, he claimed to receiving a letter from Keith Schembri, passed on to him from their common medical doctor, to pin the assassination of the journalist on Chris Cardona. Cardona, who is still a member of Parliament and is a deputy leader of the Labour Party, said he felt relieved that there was proof that the letter was fake and the plot to try and involve him in the murder did not work.

He mentioned that when in December there was a cabinet meeting at the Prime Minister’s residence in Girgenti, Joseph Muscat had said that after communication with the Police Commissioner, the then Prime Minister was reassured that Chris Cardona was not implicated in masterminding the assassination. Cardona also claimed he never saw the letter Schembri purportedly wrote to Fenech to implicate him in the murder.

Asked if he knew and had ever met Yorgen Fenech, Cardona said yes. He knew Fenech through government work related to business and that he also knows some of Fenech’s family members.

Chris Cardona said that the news emerging recently regarding the relationship between Keith Schembri and businessman Yorgen Fenech, he sees them as ‘assertions’ rather than ‘allegations’.

Asked what was his take on Joseph Muscat in view of all the serious allegations which started emerging as of November 2019 regarding the assassination of journalist Daphne Caruana Galizia, Cardona replied that he still believes in Joseph Muscat and what he had to offer to the country. He said that he still admired him.

On the libel cases against assassinated journalist Daphne Caruana Galizia, Cardona replied that he had every right to continue with the libel cases to clear his name however, he chose what he described as the sensitivity route of the situation and dropped the cases. The slain journalist had alleged on her blog that he had visited the brothel FKK Acapulco in Germany. The allegation dates back to February 2017. Cardona had always insisted that he was in a hotel in Germany at the time when Daphne Caruana Galizia alleged that he was in a brothel in Germany and that he had proof of this.

His future in the Labour Party

“I was always loyal. I served under 4 Labour Prime Ministers and this will definitely not change under Prime Minister Robert Abela” said Cardona on XTRA. He  also explained that “When you start politics at a young age you have to face a lot of disadvantages ahead of you, you are immature. It is hard to be in politics at a young age. I was a politician before I became a lawyer. Politics can help you to take decisions in a more mature manner. However, there is an expiry date to involvement in politics. 25 years as a member of Parliament is not a joke”

Ex Minister Cardona believes he still has a lot to give to the Labour Party and vowed his loyalty to the newly elected Labour Party Leader Robert Abela.

Board of inquiry accepts request to obtain Cardona’s mobile data

“Drop the lawsuits against Daphne” – RSF to Muscat

‘Impunity has a price, Daphne was the payment’ – Fenech Adami

Wanted: Closure on the Daphne Murder

Jesmond Saliba   February 17, 2020
With no end in sight for the outbreak, Japan and Singapore appeared to be on the brink of recession with data .

Monique Agius   February 16, 2020
In a statement on its Facebook page, Noah's Ark announced an open day during which money will be raised in order to fund new roofing on their outdoor pens. The volunteers said that these pens are in desperate need of proper insulated roofing to protect the dogs in their care from the heat, rain, and wind.