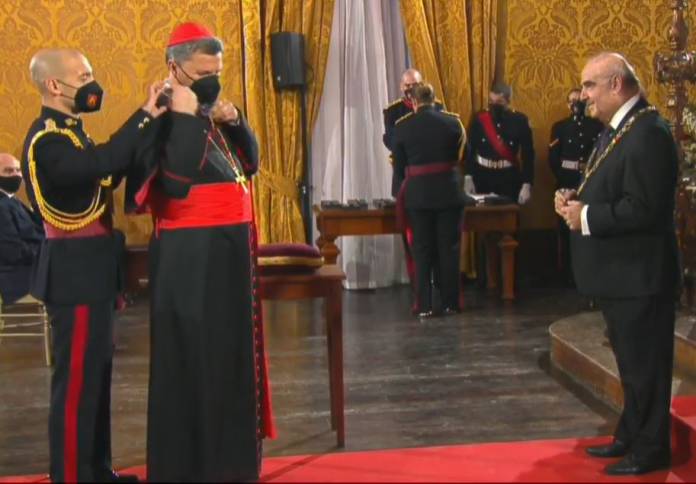 Malta’s third cardinal, Mario Grech has been invested as a Companion in the National Order of Merit. This investiture was carried out by the President of the Republic Dr George Vella on the commemoration of the 46th anniversary of Republic Day. The ceremony was held at the Palace in Valletta.

Unity is what makes us move forward – President George Vella