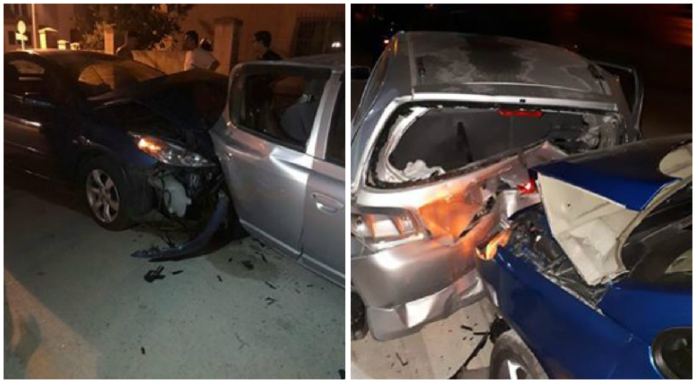 Four cars were involved in a car accident in Naxxar yesterday night. One of the two moving vehicles crashed into two parked cars in Triq Andrea Debono, according to the Police. The cars were driven by a 31-year-old woman from Naxxar who is suffering from slight injuries and a 24-year-old Birkirkara resident who was taken to Mater Dei Hospital, also with slight injuries.

A relative of the one of the parked cars’ owner contacted Newsbook.com.mt saying that the only car involved in the accident was actually the one with the Birkirkara resident which crashed into the parked cars.