Capping in the overall number of fuel stations in Malta and Gozo is one of the ten key changes to the Fuel Station Policy announced.

Environment Minister Aaron Farrugia announced that after hold consultation with various stakeholders and experts, the Fuel Station Policy has been revised, in a statement on Friday.

The 2015 Fuel Station Policy came under fire several times sparking protests when controversial permits were approved. Environmental activists had resorted to camping outside the Planning Authority demanding change to the policy in March 2019. 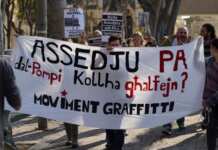 The new policy document includes a ban on the extension of existing fuel stations which are located partially or full in out of development zones.

Further, out of development zones on agricultural, isolated or sporadic land will not be considered under any circumstances, even if covered by a valid development permit or committed pre-1967.

Out of development zones in the close vicinity of industrial areas, SME areas, and Areas of Containment, have been removed from acceptable locations. All Open Storage Areas have been removed.

A buffer zone is being reintroduced between a proposed fuel station and vulnerable receptors. Relocations within 500m of an existing fuel station will not be considered.

PA makes some concessions in a revised fuel station policy 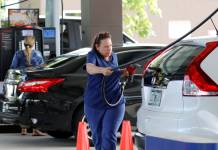 Minister Farrugia said that the government was laying the foundations for better planning by taking on board both the planning sector and the environmental considerations.

“The revised policy sets a capping on the number of fuel stations, as well as stricter limits on relocations. It considers the well being of our residential communities, as well as the environment. I believe the country spent too much time discussing this policy when the topic which should have been high on our agenda is the phasing out of petrol and diesel vehicles in the next two decades in order to go electric,” Minister Farrugia said. 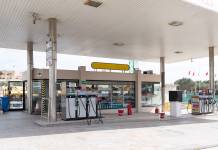 ERA Acting CEO Michelle Piccinino said that ERA had an important role in this review, and a significant number of changes that were proposed by ERA were taken on board in the final policy document.

Not perfect however a huge improvement – Moviment Graffitti

Non-governmental organisation Moviment Graffitti welcomed the news remarking that although the new policy was not perfect, it was a huge improvement over the 2015 policy which allowed 3,000 square meters fuel stations and commercial facilities on land located in ODZ.

Moviment Graffitti having been very vocal about the need for change in the policy noted that it took the government two years and five months to review the policy.

“We nonetheless applaud this move and look forward to the revision of other highly problematic policies, such as those concerning rural areas and height limitations,” the NGO said.

It noted that long battle demanding policy review through several protests and direct actions have worked.

“Meaningful change can only happen if people organise themselves and demand an overhaul of those policies and practices that degrade our environment and quality of life.”