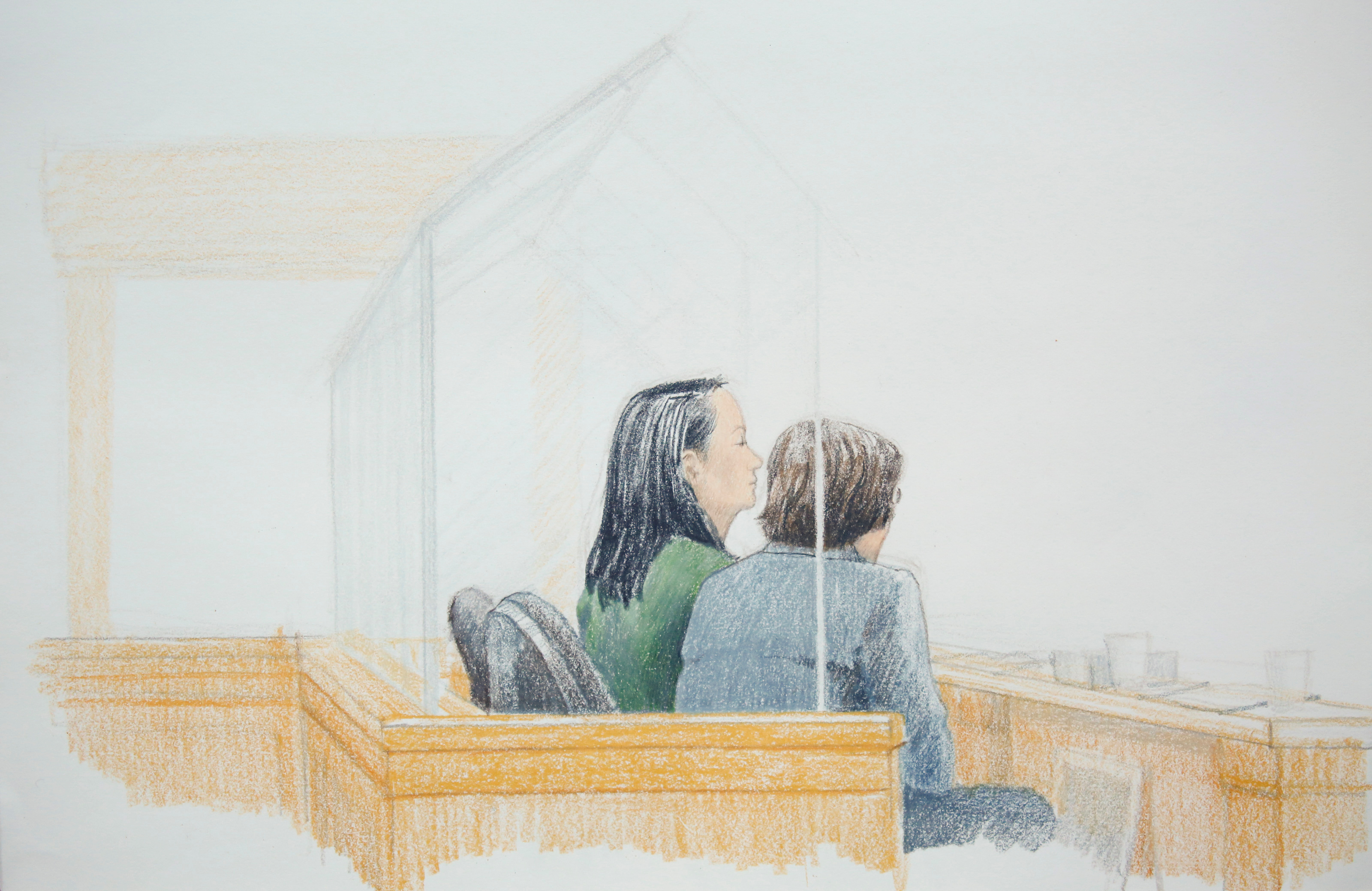 A Canadian provincial court weighing whether to grant bail to a top executive of Chinese telecoms giant Huawei Technologies [HWT.UL], who is facing possible extradition to the United States, adjourned on Monday without deciding her fate.

Meng, the 46-year-old daughter of Huawei’s founder, was arrested on Dec. 1 as she was changing planes in Vancouver. In a sworn affidavit, she said she is innocent and will contest the allegations against her at trial if she is surrendered to the United States.

The judge in Monday’s bail hearing said he rolled the proceedings over to Tuesday at 10 a.m. PST (1 p.m. EDT/1800 GMT) because he wants to hear more about the issue of surety – who will take responsibility for Meng’s actions if she is released.

Meng’s lawyer David Martin, who told the court high-tech surveillance devices and a 24-hour security detail would ensure his client does not flee and proposed a C$15 million (8.85 million pounds) bail guarantee, had offered her husband as surety.

But the judge and the public prosecutor called into question whether Meng’s husband could perform this duty as he is not a resident of British Columbia, where Vancouver is located, and would not suffer if she were to breach her bail conditions.

Meng’s arrest has roiled markets over fears it would exacerbate tensions between the United States and China, already at a high over tariffs. The two sides have agreed to trade negotiations that must be concluded by March 1.

Beijing has demanded Meng’s immediate release and threatened “consequences” for Canada. But both Chinese and U.S. officials appear to be avoiding linking her arrest to the trade dispute.

“I ask the court to ask itself, what motive could she possibly have to flee?” Martin said, arguing the evidence against her was not overwhelming.

“If she were to flee, or breach order in any way … it doesn’t overstate things to say she would embarrass China itself.”

Meng appeared confident in court early on Monday, smiling and taking her lawyer’s arm. But by mid-afternoon she appeared more tense, gesturing rapidly as she conferred with members of her legal team.

She has argued she needs to be released because she has severe hypertension and fears for her health.

Huawei is the world’s largest supplier of telecommunications network equipment and second-biggest maker of smartphones, with revenue of about $92 billion last year. Unlike other big Chinese technology firms, it does much of its business overseas.

U.S. officials allege Huawei was trying to use the banks to move money out of Iran. Companies are barred from using the U.S. financial system to funnel goods and services to sanctioned entities.

Huawei and its lawyers have said the company operates in strict compliance with applicable laws, regulations and sanctions of the United States and other parties.

“We will continue to follow the bail hearing tomorrow. We have every confidence that the Canadian and U.S. legal systems will reach a just conclusion,” the company said on Monday.