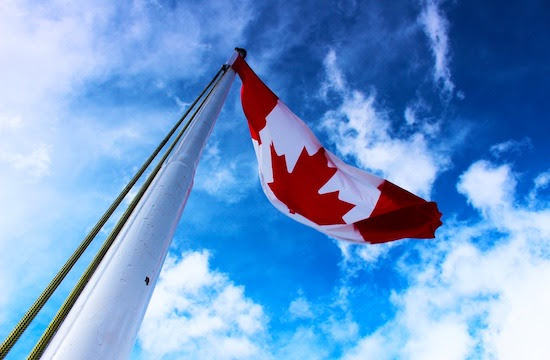 Canada’s Supreme Court strongly supported religious freedom when it ruled that faith-based congregations have the right to establish their own rules of membership and procedures for determining when someone can be expelled.

The decision was met with relief by Christian groups that backed the case of a Jehovah’s Witness community in the western province of Alberta, which had been sued by a former member it had excommunicated.

The nation’s highest court ruled unanimously that the state had no right to interfere in the internal affairs of any religious organization as long as it didn’t affect civil rights or laws.

In this case, the Jehovah’s Witness congregation was taken to court for its decision to “disfellow” or excommunicate a member for what it called “sinful behavior.”

The expelled member argued that the decision violated procedural fairness and hurt his real estate company as he had many fellow congregants among his clients who might then refuse to patronize his business. Two lower courts had agreed with him, but the Supreme Court begged to differ.

“The courts have neither legitimacy nor institutional capacity to deal with contentious matters of religious doctrine,” Mr. Justice Malcolm Rowe said in the ruling written on behalf of the court. The judgment further argued that judicial review is limited to matters under state authority and cannot be used to settle internal church disputes.

The Catholic Civil Rights League applauded the decision. The organization was “pleased with the court’s analysis of the limited role for judicial review of such institutional decisions, and the further recognition that secular courts are not qualified to rule on theological or ecclesiastical concerns.”

The League had intervener status in the case and shared legal representation with the Evangelical Fellowship of Canada. Their lawyer, Albertos Polizogopoulos, said the decision was “good for religious freedom.”

“This is a great decision for the religious and voluntary community in Canada,” wrote Barry Bussey, director of legal affairs for the Canadian Council of Christian Charities.

“We are encouraged by the Supreme Court’s strong affirmation of the autonomy of religious communities,” said Derek Ross, executive director and legal counsel of the Christian Legal Fellowship, another intervener.

The court ruling represents a brief respite from bad news for churches in Canada over recent months. Many churches have been engaged in a losing battle with the federal government over a new requirement for participating in its Summer Jobs Program. This was the demand that all applicants sign an attestation that they agreed with Canada’s constitutional rights as well as the right to abortion on demand.

The groups – including Catholics, other Christians, Jews and Muslims – argued that abortion on demand exists in Canada because of a legal vacuum, not because it is included in the Charter of Rights and Freedoms.

Despite numerous protests, however, the government held firm with its demand and many church-funded organizations had to forgo the grants used to hire students for summer camps and other traditional summer jobs. Many churches held extra collections at church services to raise money to replace the grants.

Nigerian Archbishop to speak on religious freedom in Malta